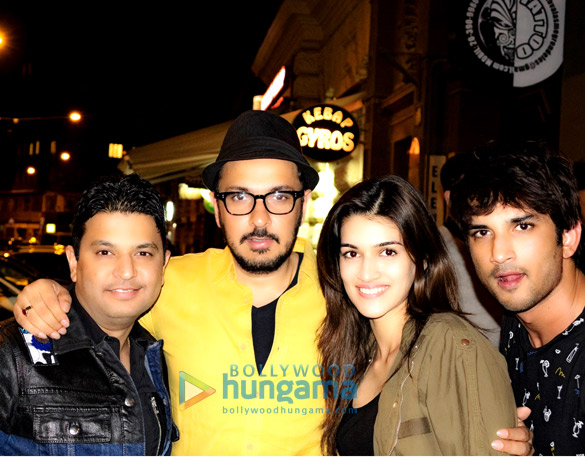 Amidst all the hectic shoot schedules and training sessions happening in Budapest, producer Bhushan Kumar decided to fly to the Hungarian capital to meet the team of the film. We got a glimpse of Bhushan Kumar along with the cast Kriti Sanon and Sushant Singh Rajput as well as the director Dinesh Vijan.

We hear that the team of Raabta has been shooting in Budapest for the past two months, with Sushant and Kriti undergoing extensive training for the film. It is being said that Kriti Sanon will be seen doing some intense action sequences in the film too. On the other hand, Deepika Padukone too joined the cast and crew for a special appearance she will be doing in the film. The film also marks the debut of producer Dinesh Vijan as the director.

Produced under the banner Maddock Films and T-Series, Raabta is slated to release on February 10, 2017.