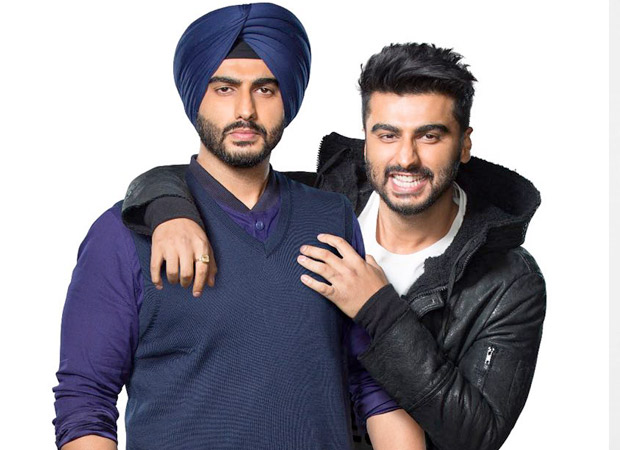 Last seen in Ki & Ka, Arjun Kapoor is gearing up for his other film commitments and one of them is the Anees Bazmee directorial Mubarakan. The said comedy has Arjun once again starring in a double role and we recently got a glimpse of the same.

Arjun Kapoor shared the first look of his roles, Charanveer and Karanveer Singh from the film on social media. As per the picture, one of the two roles in the film has Arjun playing a Sikh character. Considering that he is playing a Sikh for the first time, we hear that the actor underwent intense training before kick starting the first schedule of the film. Just a day ago, Mubarakan went on floor in Chandigarh with Arjun shooting his first shot on the mahurat day. 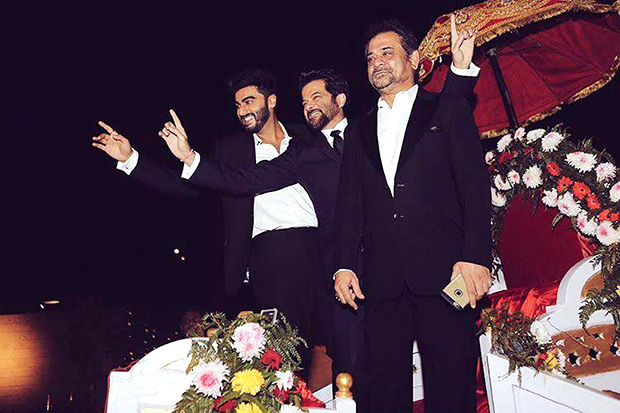 Earlier we had mentioned that this will be the first time when Arjun will be doing a film with his chacha (uncle) Anil Kapoor. Since it was an emotional moment for the chacha - batija (nephew) pair to do the film, Anil, who though starts his schedule in January decided to drop by the sets of the film on the mahurat day. The first scene was said to be a wedding sequence, in quintessential ‘band baaja baarat’ style and an overwhelmed Arjun shared a picture of the same.

Mubarakan is set at the backdrop of a big fat Indian destination wedding and will be shot in Chandigarh and also in London extensively. Produced by Sony Pictures Networks Productions and Cine1 Studios, the film has Ileana D’Cruz and Athiya Shetty playing the leading ladies.