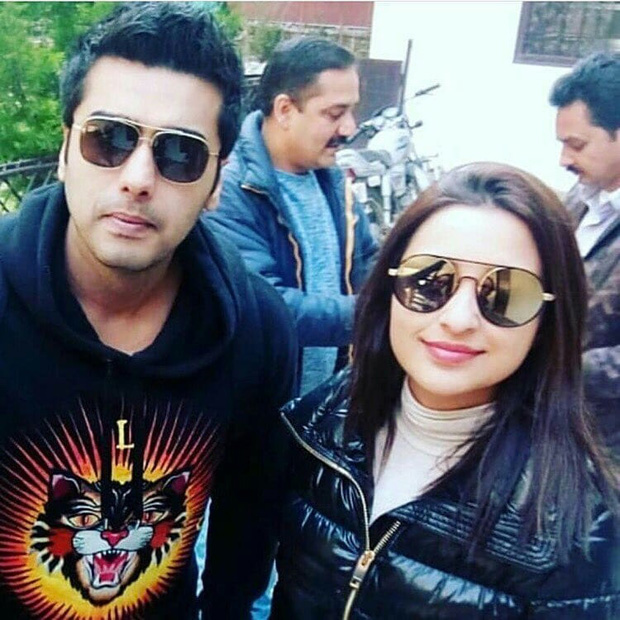 Parineeti Chopra and Arjun Kapoor, who are reuniting in Sandeep Aur Pinky Faraar, began filming in November first week in New Delhi. Currently, the duo is shooting in a village at the Indo-Nepal border.

While the shooting continues in the chilly weather, Arjun Kapoor was seen sporting a clean-shaven look. Since the shooting began, he was seen in stubble. Even the first look showed him sporting a moustache. Now, in the latest picture with Parineeti Chopra, it seems like they are shooting for the younger version of their characters. The actors are wrapped up in jackets in this selfie.

In Sandeep Aur Pinky Faraar, Arjun Kapoor will essay the character of the 30-year-old police officer from Delhi Police’s special unit, Satinder Dahiya. The Dibakar Banerjee directorial is the story of a man and a woman who represent two completely different Indias. This story could happen to any of us and is very relatable in the contemporary India. But, it happens to Sandeep and Pinky. Two more unlikely protagonists in one film are unimaginable. They are united in one thing only. Their mistrust, suspicion, and hate for each other.

Directed by Dibakar Banerjee and produced by Yash Raj Films, Sandeep Aur Pinky Faraar is set to release on August 3, 2018.