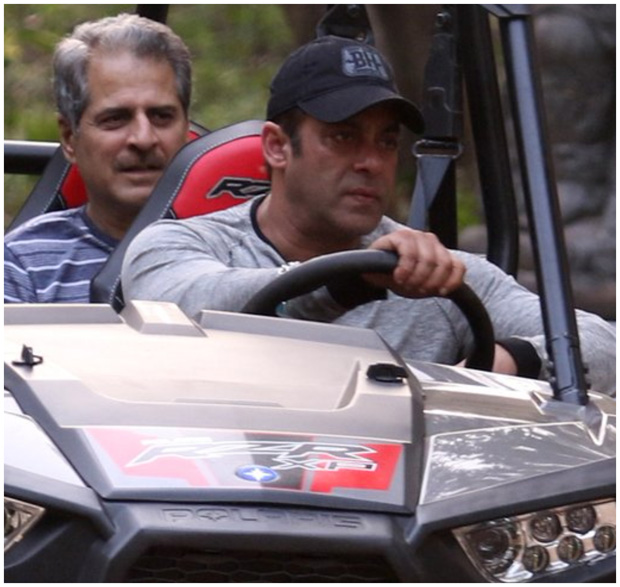 Salman Khan rang in his 52nd birthday in style at his Panvel farmhouse on December 27. The actor had all the reasons to have amazing birthday celebrations as his latest release Tiger Zinda Hai is a hit at the box office and is now is closing to Rs. 200 crore. 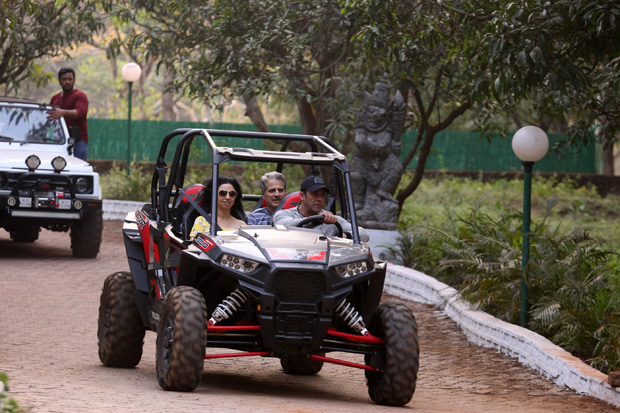 On Tuesday night, just like every year, Salman Khan arrived at his Panvel farmhouse and invited all his friends and family to join the birthday celebrations. Post the night celebration, he was seen enjoying the ATV car ride with his friends on Wednesday afternoon. Wearing a cap and t-shirt, he was snapped riding around the farmhouse. In another ATV car, his rumoured girlfriend Iulia Vantur and former actress Sangeeta Bijlani were seen riding the car together. 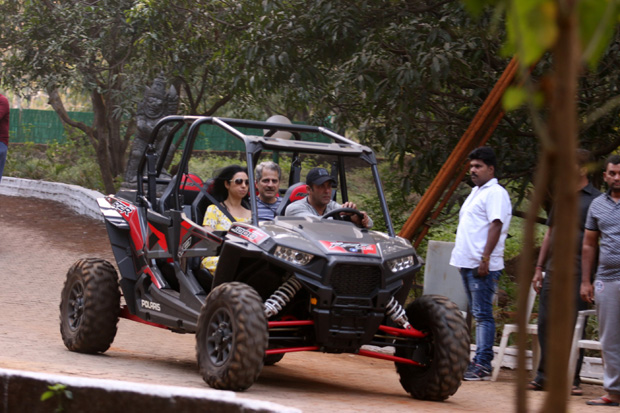 On his birthday party, Salman Khan was joined by his Tiger Zinda Hai co-star Katrina Kaif and director Ali Abbas Zafar. Former Indian Cricket Team Captain MS Dhoni and his wife Sakshi Dhoni, Sonakshi Sinha, Suniel Shetty, Sooraj Pancholi were amongst the guests who came to the party. Salman was even seen dancing on hit tracks including his song 'Baby Ko Bass Pasand Hai' from Sultan and Ed Sheeran's 'Shape Of You' with the guests. 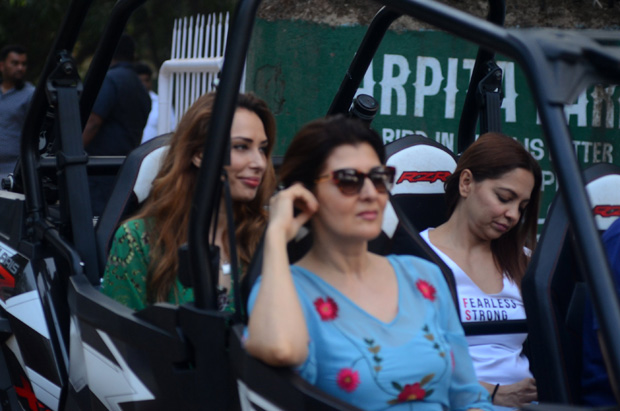 On the work front, Salman Khan will be next seen in Remo D'souza directed Race 3. Jacqueline Fernandez and now Anil Kapoor are returning to the franchise. The film also stars Bobby Deol, Saqib Saleem, and Daisy Shah. Directed by Remo D’souza and produced by Salman Khan Films and Tips, Race 3 is slated to release on Eid 2018.