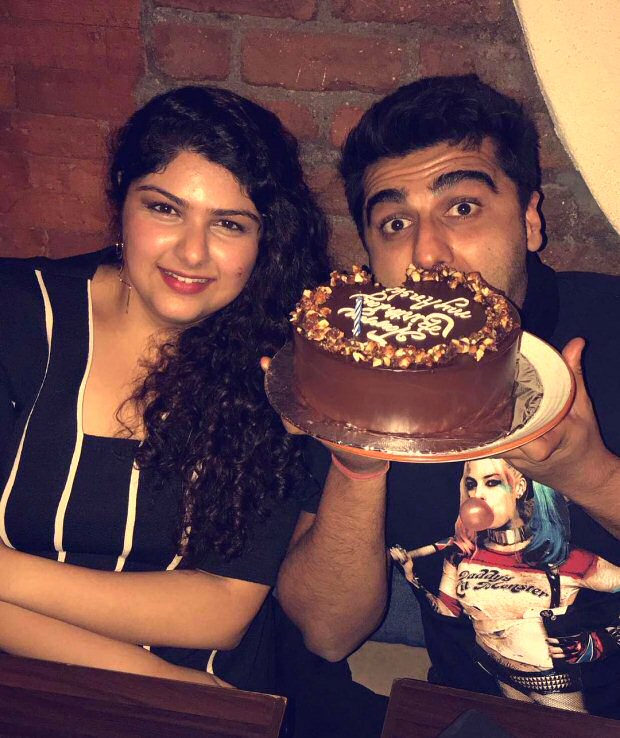 Arjun Kapoor has been quite busy these past two months. The actor was shooting for Sandeep Aur Pinky Faraar in Uttarakhand and Indo- Nepal border for over a month. It was only on Thursday afternoon when he returned to Mumbai just in time for sister Anshula Kapoor's birthday.

It is known that Arjun Kapoor shares a strong bond with his sister Anshula. Time and again, he has mentioned that after the passing of his mother, it was Anshula who took care of him even though she is younger to him. 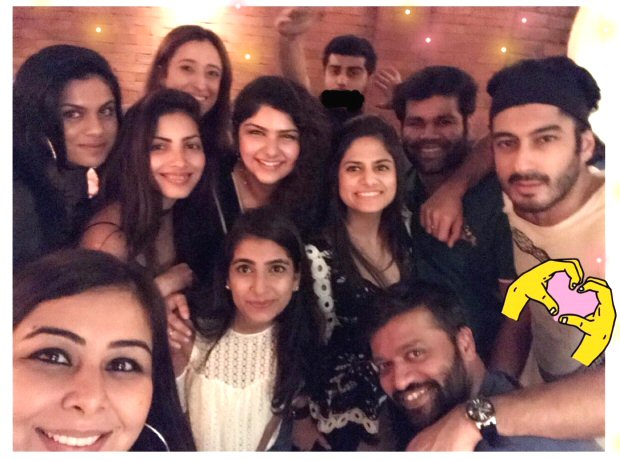 On Thursday, Arjun made sure to spend Anshula's birthday with her and his cousins including Mohit Marwah and close friends. They went to a suburban restaurant to have dinner. Arjun posed with Anshula while hiding his face with the cake.

Arjun shared a heartwarming birthday message for Anshula with a childhood photograph and wrote, “The reason I live happy birthday @anshulakapoor I’m incomplete without u love u don’t know what I would do without u...ur the best sister in the whole world and I know I take undue advantage of that...stay the way u are and I hope all the happiness in my destiny comes to u...” 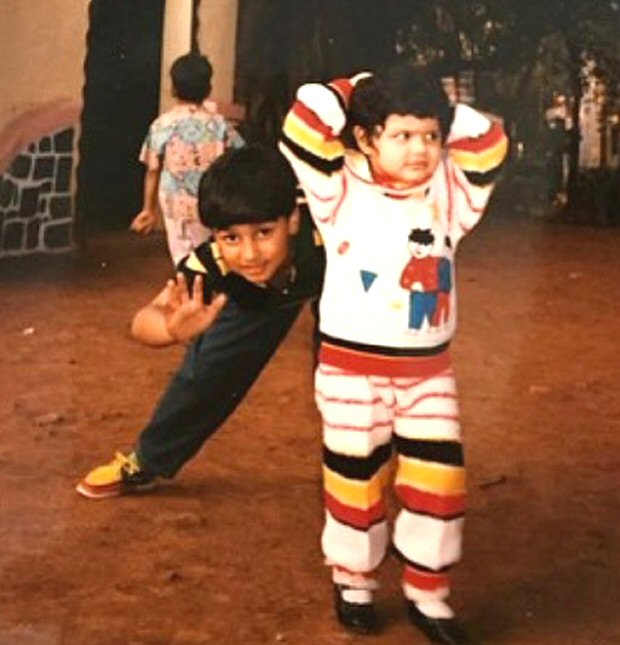 On the work front, Arjun Kapoor is shooting for Sandeep Aur Pinky Faraar with Parineeti Chopra. Directed by Dibakar Banerjee, the film slated to release on August 3, 2018. They are also starring in Vipul Shah's Namastey Canada which is re-titled as Namastey England now.