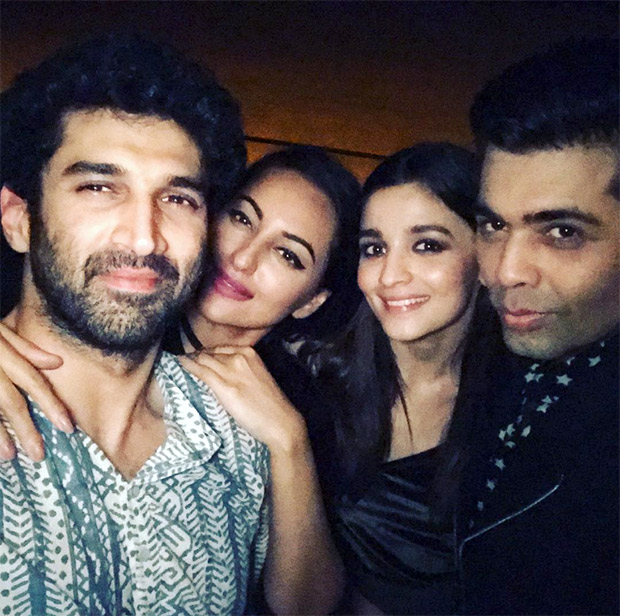 Alia Bhatt is on roll with back-to-back hits. The year 2016 was a fantastic year for her performance wise as Alia got to play unique characters in Kapoor & Sons, Udta Punjab and Dear Zindagi.

Now, kick starting the year with Badrinath Ki Dulhania this year, Alia Bhatt has once again grabbed a hit in her kitty. Karan Johar, who had produced this Varun Dhawan and Alia Bhatt starrer, threw a success party last night. Many celebrities came together to join the celebrations including  Sonakshi Sinha, Kriti Sanon, Taapsee Pannu, John Abraham, Diljit Dosanjh, Aditya Roy Kapur, amongst others.

Meanwhile, Alia Bhatt will be taking a six months break before starting her next film Ayan Mukerji's superhero flick. She will also be seen opposite Ranveer Singh in Zoya Akhtar's Gully Boy.