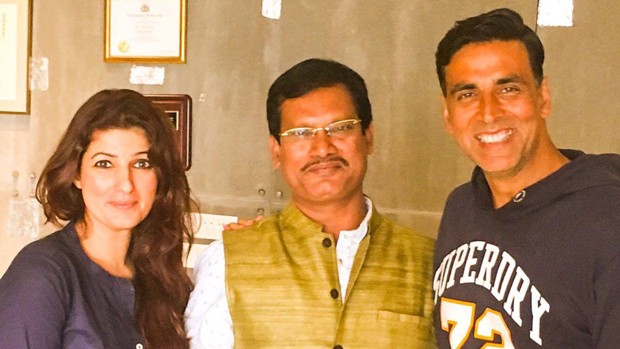 We had reported that Akshay Kumar and wife Twinkle Khanna would be coming together for a movie titled PadMan. Twinkle will be producing the film and it is based on a real-life story of a social entrepreneur who invented the low-cost sanitary pad making machine. 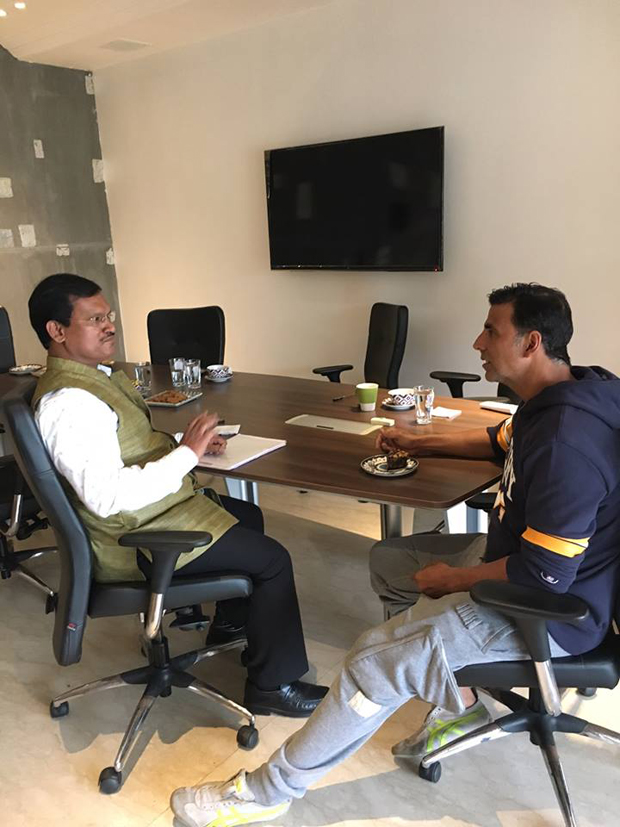 We are talking about Arunachalam Muruganantham who is also mentioned in the Twinkle's second book, The Legend of Laxmi Prasad. Recently, Arunachalam shared a few photographs from his special meet up with Akshay and Twinkle. They discussed about his business and how he came up with the idea of it. Arunachalam was struck by their humble nature and wrote, "Two Men discussing about women personal Hygiene importance... Arunachalam Muruganantham met the simple & humble hero Akshay Kumar & Twinkle Khanna at Juhu, Mumbai residence."

Helmed by R Balki, Twinkle Khanna will produce it under her banner Mrs Funnybones. The film also stars Sonam Kapoor and Radhika Apte and is slated to go on floors soon.