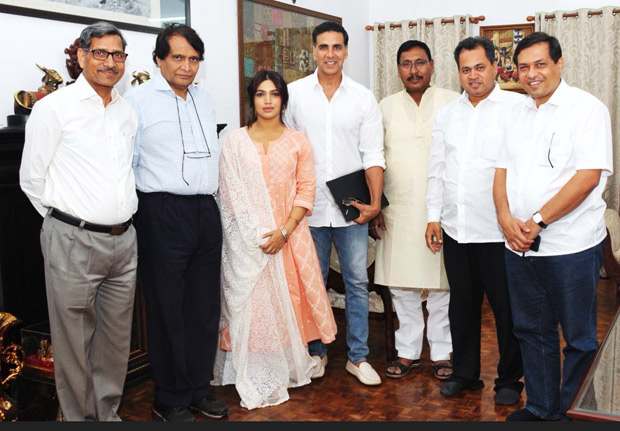 Akshay Kumar and Bhumi Pednekar have begun the promotions of their upcoming film, Toilet- Ek Prem Katha. They began the promotional tour in Delhi on Tuesday.

On Tuesday, the stars of the film got an opportunity to meet Railway Minister Suresh Prabhu. As their film deals with the importance of cleanliness, sanitation and PM Narendra Modi's Swachh Bharat campaign, they had the conversation about the same. 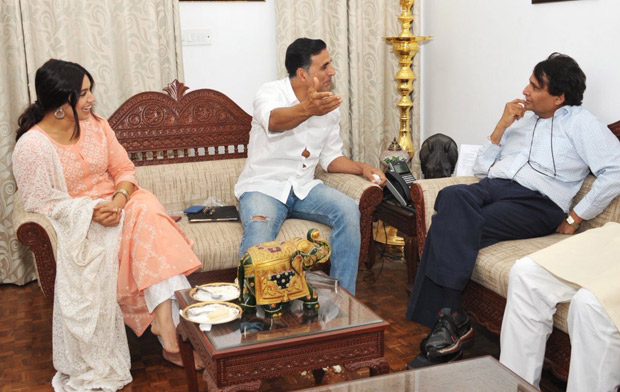 Last week, Akshay Kumar had met Prime Minister Narendra Modi to have a conversation about the campaign and how that inspired his film. 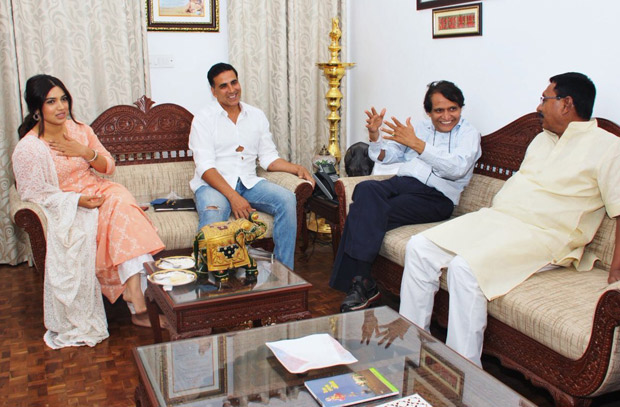