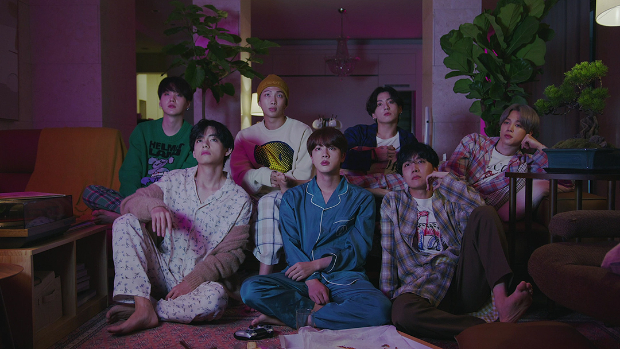 Today, BTS' notes were released for the track 'Fly To The Room'. The second song in the album, the video released on Sunday showcases several travel moments including flying, driving, beaches, etc. It reflects on what life was like before the pandemic put a halt to all those scenarios.

Produced by Cosmo’s Midnight, the song has been penned by Cosmo’s Midnight, Joe Femi, Griffith, RM, Suga, J-Hope and features Suga, J-Hope, Jimin, and V. Though the song is quite catchy with the beats that can get stuck in your head for days, the song deals with the emotions of being stuck in your rooms. Having to postpone the world tour amid the pandemic, BTS dealt with these mixed emotions of restlessness as the days came by. The song began with the idea of not having to travel freely but also reminiscing the memories of all the times when they were hopping from one country to another. The original Korean title '내 방을 여행하는 법' means 'the way to travel my room'. Speaking of being in the room which used to feel like a safe space, the monotonous routine gave them travelling blues. As the song progresses, BTS members began to take one day at a time, hoping to get through these 'blues' and feel brand new again!

ALSO READ: BTS drops Jin's notes for the track 'Stay' ahead of BE (Essential Edition) release