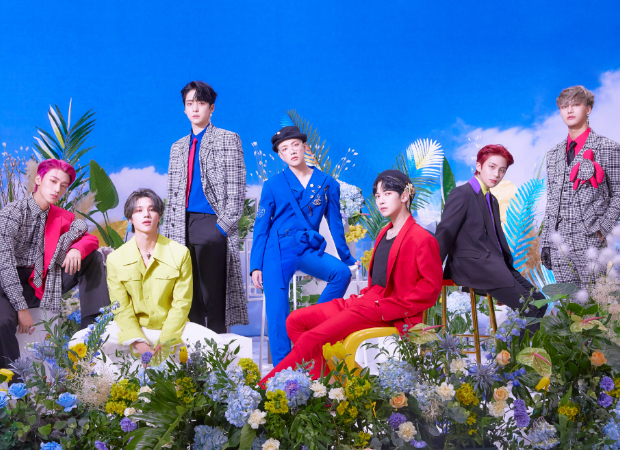 The first teaser photo was unveiled a day ago. Dressed in vibrant colourful suits, the official summer album pre-promos have begun. It featured seven members - Hongjoong, Seonghwa, Yunho, Yeosang, San, Wooyoung, and Jongho as Mingi is currently mental health rest and doing well. Though he will be featured on the album since he recorded the songs before he took a break, the company said in a statement that the rapper will sit back from the promo cycle in order to work towards getting better!

Today, the treasure map was released which includes dates of when the group and solo concept photos, posters, album tracklist, preview, performance preview among others will be released.

ATEEZ will soon participate in the show called Kingdom.