South Korean group BTS boasts a huge fan following. They also have celebrity fans too. From Korean actors and musicians to international artists to Indian actors, sportspersons, and WWE stars, they have fans in all sectors! After the release of his second mixtape, 'D-2' on Friday, May 22, the 27-year-old musician (28 according to the Korean age system) received a tremendous amount of support from their fans all around the world. Even celebrities like Halsey and John Cena gave a shoutout to Suga after listening to his latest work. 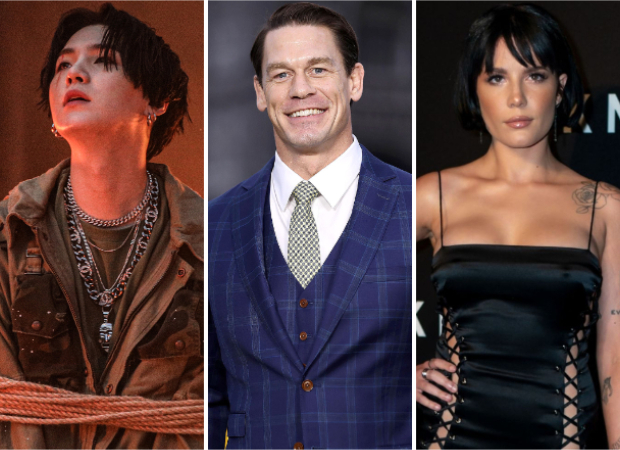 Known to be a dedicated BTS ARMY, wrestler-turned-actor John Cena has often proudly spoken about his love for the septet. Taking it to his Instagram on Saturday, the actor shared the artwork of 'D-2' mixtape.

During the promotions of his movie Dolittle back in January 2020, he appeared on James Corden's The Late Late Show where he spoke about how and why he became a fan of the BTS. "So, I became interested in the fact that they are Korean pop band and they were the first Korean pop band to actually have connectivity throughout the world," Cena said. "They have fans throughout the world. So, being in live entertainment, I was like 'Wow! That's interesting. How do they do this?' Then, I began to listen to their music and listened to the message they send to their fans. It's about self-love, self-reflection, and being confident in yourself even though you may be different. Not only it's the choreography, personalities and the whole entertainment that they put on which is spectacular, but young people are also listening to the music and they are sending a good message through their music. That's really cool. When you have popularity and you choose your voice for something good, I think that's a plus."

Halsey has worked with BTS on the record-breaking song 'Boy With Luv' that released in April, last year with their mini-album 'Map Of The Soul: 7'. BTS member Suga went onto feature in her album 'Manic' with the track 'Suga's Interlude'. Taking to her Instagram stories, she also posted the artwork and wrote, "in awe of you, my friend." 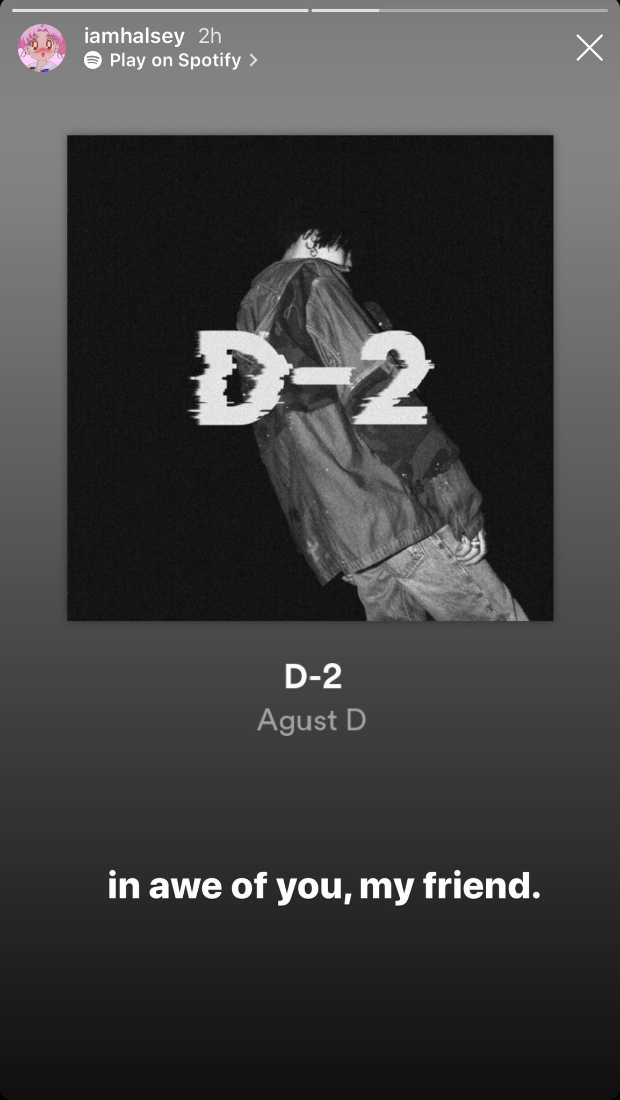 During 'Manic' release, Halsey cited that Suga's lyrical approach towards his craft was what attracted her the most and then they collaborated on her album. "I started exploring their solo music a little bit more, and with Suga, I got into 'Agust D', which is his solo project, and I was looking up lyric translations and I was blown away," she said during an interview with Zane Lowe for Apple Music's Beats 1 Radio. "I was like, 'This stuff is so introspective'. The content is about mental health and his inner turmoil, and he's a really quiet guy in real life, and I was just moved."

"Suga probably was the last member of BTS that anyone would have expected me to collaborate with. He's the one whose lyrical approach I felt the most connected to. I knew I had to have him be a part of this record. I knew that he would get what it feels like to be manic, to be introspective," she further said.

.@halsey talking about meeting @bts_twt and working with yoongi ???????? pic.twitter.com/AesQpLmlwq