To say, Friday, May 22 was an eventful day would be an understatement. BTS member Suga, producer-songwriter-rapper, dropped his second mixtape 'D-2' after his 2016 'AGUST 2'. The fiery mixtape was led by the title track 'Daechwita' which was a blend of Korean traditional music consisting of military music and trap in one. Well, the anthem of the year indeed. 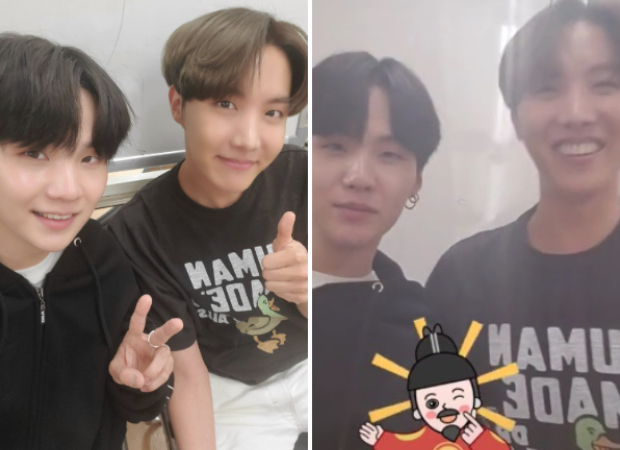 Now, 24 hours later, BTS members Suga and J-Hope had kick-started the 'Daechwita' challenge on TikTok. The duo posted the video on Saturday after their live session on Suga's radio show. It's a fun and simple challenge that everyone can participate in.

During his live session, Suga invited J-Hope as they discussed everything from his music to visiting the sets on the filming of 'Daechwita'. Speaking of making the song, he said that he has always worked on making the beats first before moving onto the next part and the same process was applied here as well. He confessed that while he was making the track, he was thinking about BTS and ARMY while marching together.

J-Hope has sent a coffee truck on the first day of the filming of the music video. Jin and Jungkook also participated in the cameos of it. Since the filming went on for two days, J-Hope paid more for the entire crew to enjoy it. It was the first time he sent a coffee truck for someone. Earlier, in the day, Suga shared photos from their visit to the set of 'Daechwita'.  The banner read, "  came to boost my hyung's (older brother's) confidence. Min Suga jjang jjang man!! Sope’s maknae (young one), Hope.” Another banner read, “Coffee truck!!! Coffee truck!!! Eat it all!!! Coffee truck!!!”

Suga promised that he will discuss the album in complete entirety in another live session!