New versions of the sensational track 'Savage Love' have dropped and it features the world's biggest band - BTS. The popular band first teased the collaboration via a TikTok challenge video featuring all members - RM, Jin, Suga, J-Hope, Jimin, V, and Jungkook along with a seventeen-year-old producer and TikTok sensation Jawsh 685 and Jason Derulo. 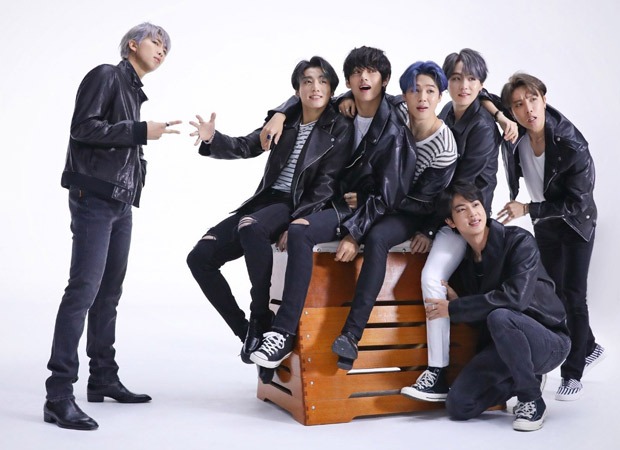 The 'Savage Love' remix during the BTS WEEK on The Tonight Show Starring Jimmy Fallon. While Jungkook croons the main verses in English, Suga's verses in Korean make sandcastle reference which is a callback to his recent collab with Korean singer IU on her track 'Eight' which he featured in and also produced. He goes like (translated by @BTStranslation_), "Maybe 'love' is just a series of feelings in a moment / It comes attached with the conditions / What am I love? Maybe the word forever is a sandcastle / It falls apart weakly in front of calm."

J-Hope croons both in English and Korean as it goes, "Every night every day I'm swept away by the waves / Don't know what I'm thinking Can't get you outta my head / Whether the thing I'm afraid of Is it 'you' or 'that time'? / Right now, I'll love you like fire."

Towards the end of the track, you can hear him harmonizing as he showcases his vocal prowess. Suga and J-Hope have been credited as writers along with Jacob Kasher Hindlin, Jawsh 685, Phil Greiss, and Jason Derulo. The remixes include clean and explicit versions. The lyric version video was released on BTS' channel, Bangtan TV.

New Zealand-based Jawsh 685 had his breakout moment on TikTok when he dropped the 'Laxed - Siren Beat'. It caught Jason Derulo's eye as they released the remix earlier this year and has gone viral. The original version of the song has more than a billion streams.