BTS FESTA 2020 has blessed the fans with a lot of new content! From new family portraits to profile moments to choreography videos and Jungkook's original song 'Still With You', this festa is truly amazing! Ahead of their seventh anniversary on June 13, the septet dropped 'Map Of The Song: 7' video where the septet goes all out enjoying their songs during Karaoke. 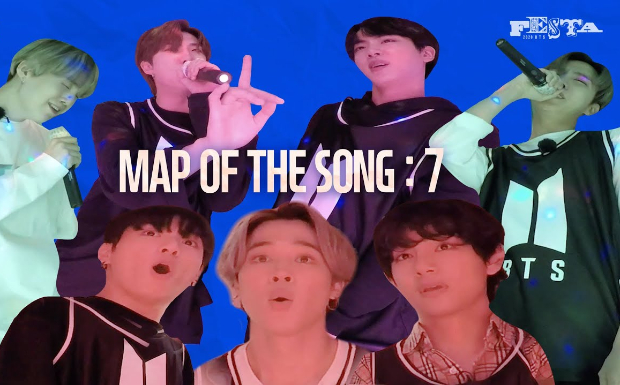 The new video showcases the members divided into three subunits - Jimin, V and Jungkook, RM and Jin, and Suga and J-Hope - as they compete to win old merchandise and their upcoming Samsung Galaxy Buds. The youngest unit sang 'Winter Bear', 'UGH' and 'Outro: Ego'. The second unit crooned to the beats of 'Outro: Ego', 'Seesaw' and 'Euphoria' whereas the last unit crooned two songs, 'Friends' and 'The Truth Untold'.

Earlier in the day, BTS released the teaser video of their upcoming sit-down chat session to celebrate their debut anniversary. This time, they will go back in time and recreate their first anniversary celebrations with RM and Jin taking over the cooking business, Jimin and Suga baking cake and J-Hope, V, and Jungkook becoming the in charge of the decorations.

BTS is set to host their seventh anniversary with a virtual concert “BANG BANG CON -The Live,” on June 14. They will release their Japanese album 'Map Of The Soul: 7 - The Journey' in July that has Japanese versions of their tracks and four new songs.