BTS is making this wait for their album 'Map Of The Soul 7' worthwhile! Starting phase 3 from February 10, South Korean musicians BTS have released two concept photos already with themes of White Swans that depict their desire for perfection whereas the Black Swan theme is their showcase of unquenchable thirst. Now, the group has released third concept photos and they are enchanting. 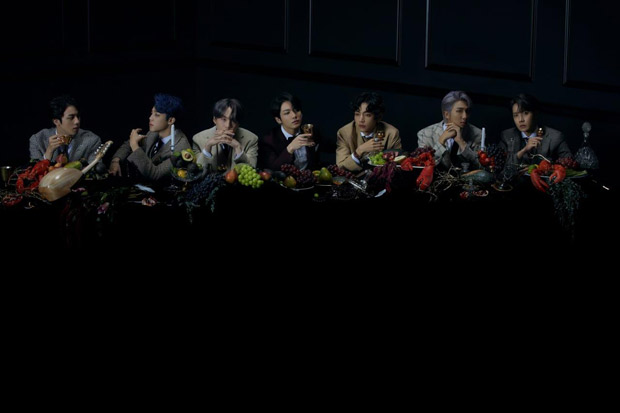 Also, let's go back to Jungian theories too since most of their last album, Map Of The Soul: Persona, very much included Carl Jung's theories. "He must celebrate a Last Supper with himself, and eat his own flesh and drink his own blood; which means that he must recognize and accept the other in himself," is a quote from The Red Book of Jung.

While everyone continues decipher the photos with the theories and their interpretations, we'll go and enjoy the beautiful artistic approach towards these concept photos.

BTS will make their much-awaited comeback on February 21, 2020, with 'Map Of The Soul: 7'. They already released two comeback trailers - 'Interlude: Shadow' ft. Suga and 'Outro: Ego' featuring J-Hope. Their first single 'Black Swan' was released through an art film performed by MN Dance Academy followed by a modern contemporary performance by the septet on The Late Late Show With James Corden.