Thugs of Hindostan will be Aamir Khan’s first Diwali release since Raja Hindustani (1996) and the superstar is hoping that the action entertainer is as successful as his release during the festival of lights. With just 4 days left for the film release, the speculations about Khan’s next project have already begun, however, Khan in an interview with us reveals that he is yet to take a final call on his next film. 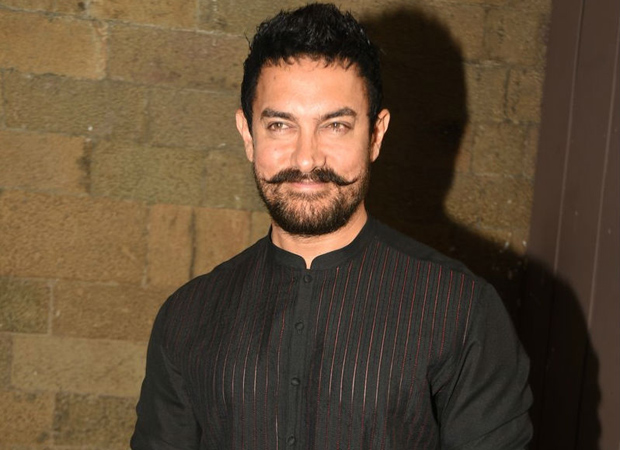 When asked if he would start working on Mahabharata next, Aamir said, “I have not yet decided which film I am doing next. There are a lot of talks for everything, but I have not committed to any film right now. I have not even thought about my next film as the focus is totally on Thugs Of Hindostan.”

The superstar, however, confessed that he is in talks with Shakun Batra for Osho Biopic and will take a final call on that film once the director gives him the final narration. “He (Shakun) has discussed the film with me, but I am waiting to hear the script. If it is a feature film or for Netflix depends on how the script turns out to be. So as of now, I have no idea,” said Aamir.

Khan, who was initially in talks with Sidharth Roy Kapur for Rakesh Sharma Biopic revealed that he is no more associated with the script and it, was him who recommended the script to Shah Rukh Khan. Aamir said,

“It is a great script. I loved the script and the story of Mr. Sharma is fascinating. It is true that I called up Shah and said Shah you should hear the script, it is fantastic. It will be the right film for you and should do it if you like it. I am glad he liked the script and he is doing it.” Adding further that he already discussed his reasons for not doing the film with Shah Rukh Khan.

The wait for Aamir Khan’s next film has just gone longer and we might get some concrete detail on his slate by December 2018. Talking about Thugs of Hindostan, the film releases across the globe on 8th November 2018.