A day back, we spotted Ranbir Kapoor at the Mumbai airport, bearing with an injured hand. Accompanied by girlfriend Alia Bhatt, he made it for cousin Armaan Jain's birthday celebration in the city. However, the duo is now back to work as a fresh schedule of Brahmastra kick-starts. 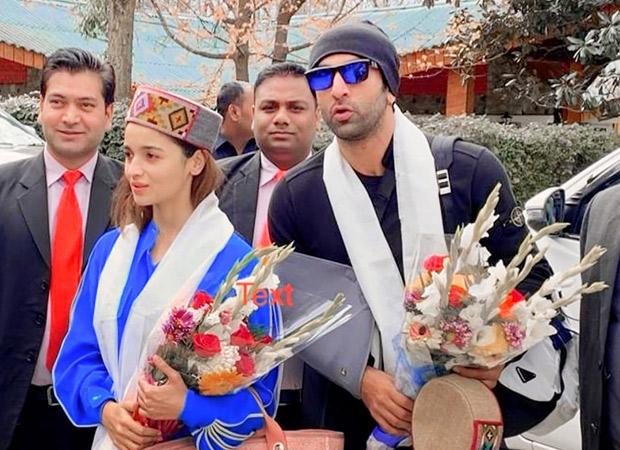 Ranbir and Alia flew to Manali, and were greeted with a warm welcome. Photos shared by a few fan clubs have them sporting Himachali topis while they also hold large bouquets of flowers. Ranbir's left is wrapped in an arm cast. Quite dedicated of him to get back to shooting despite the injury!

RK and @aliaabhatt in Manali ???? - #Brahmāstra

@aliaa08 and #RanbirKapoor get a warm welcome at Manali pic.twitter.com/7UxCBcrYbD

Brahmastra, helmed by Ayan Mukerji, has been in the making for a while now. It was earlier supposed to release this December. However, the makers later released a statement, saying they wanted to invest enough time in the film's technical aspects and VFX. It is now slated to release in 2020 summer.

Ranbir, meanwhile, is also working on Shamshera, an action-adventure film also starring Sanjay Dutt and Vaani Kapoor. Alia, on the other hand, will be next seen in father Mahesh Bhatt's Sadak 2.