Producer Boney Kapoor spent some quality time with his daughter Khushi Kapoor, actress Nayanthara & her fiancé Vignesh Shivan in New York! A source close to them reveals that Nayantara headed to Miami where she will be celebrating her birthday on 18th November with Shivan post meeting them in New York. The four of them bonded over food & the love for cinema. 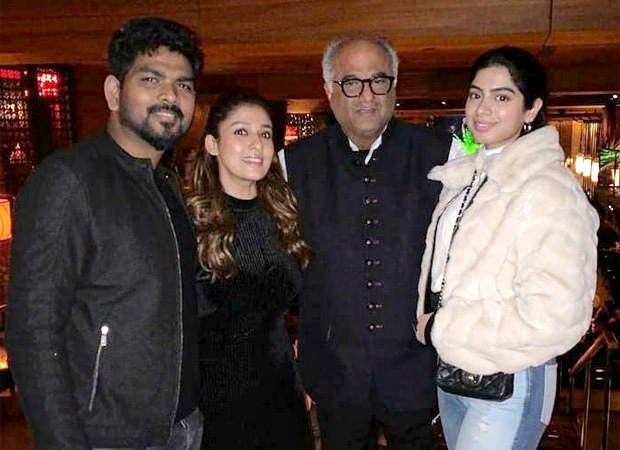 Source reveals "Boney Kapoor along with daughter Khushi Kapoor catches up with actress Nayanthara and her fiancé Vignesh Shivan for a dinner in New York before they head to Miami to ring in Nayanthara's birthday on 18th November".

#BoneyKapoor with younger daughter @khushi05k and the powerhouse superstar #Nayanthara in #NewYork ????

We were surely missing Janhvi Kapoor from the pictures!