Last Updated 27.11.2021 | 11:37 AM IST
feedback language
follow us on
Bollywood Hungama » News » Bollywood Features News » 50 Years of Amitabh Bachchan, here are 5 of his most underrated performances

Okay. So we all know about Zanjeer, Deewaar, Trishul, Muqaddar Ka Sikandar, Namak Halaal, Sharaabi, Sholay, Amar Akbar Anthony, Don, Lawaaris, Black, Sarkar, Paa and Piku. What about those Bachchan performances that got left behind? Here are 5 worth going back to. 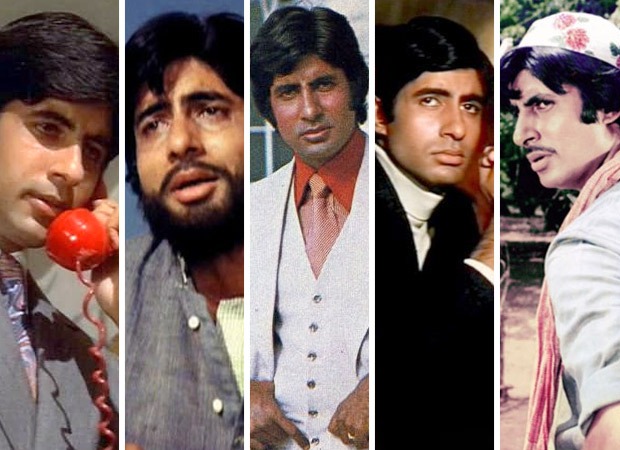 1. Parwana (1970): Long before Salim-Javed conceived the ‘Angry Young Man’ persona, Mr B played the obsessive lover in this 1970 film, Mr B starred as a spurned lover who plans his sweetheart’s father’s murder after he rejects his proposal. Long before Zanjeer the big B smouldered in this film giving a performance that was much larger than the film. Jyoti Swaroop who directed the classic comedy Padosan directed this semi-classic on unrequited love.

2. Saudagar (1973): This is the most morally bankrupt character Mr B has ever played. A man so lowdown and dirty he marries a graceful widow (the mythic Nutan) uses her for business purposes and then dumps her to marry his shallow sexed-up sweetheart (Padma Khanna). Playing a toddy extractor, the Big B actually got into a dhoti and climbed the palm tree. I’ve never seen his transformation into a character being so complete in any other film. Directed by Sudhendu Roy Saudagar deserves to be rediscovered. It is a certifiable classic.

3. Do Anjane (1976): This was the first film that brought Mr B and Rekha together and to my mind their best collaborative effort. Playing a man who is betrayed by his wife and best friend the Big B reined in his trademark anger to deliver a performance that was measured and poignant. Dulal Guha who never got the recognition he deserved, directed this unusual drama.

4. Alaap (1977): Seen as too depressing on release Alaap is a classic father-son conflict drama where Om Prakash and Mr B are pitched against one another to a frightening finale. Father wants Son to follow the family profession of practicing law. Son wants to be a musician. Don’t miss the semi-classical songs composed by Jaidev. This is one of Hrishikesh Mukherjee’s most neglected masterpieces with a towering performance by the Bachchan.

5. Bemisaal (1981): Based on a Samresh Basu novel Bemisal is the story of curiously cynical do-gooder. The Big B plays Sudhir, a delinquent orphan taken in by a kind government officer (Om Shivpuri) who brings up Sudhir and his own son Prashant (Vinod Mehra) as equals. Later, much later, on his deathbed after a sudden heart attack he tells his Bahu Kavita (Raakhee), “My son is weak. But whenever you’re in a crisis you can blindly depend on Sudhir.”Prophetic words, those. As the exceptionally eventful plot moves forward we see how slyly Sudhir keeps stepping in to bail out his benefactor’s son. But here’s what makes Bemisal a unique and refreshing tale of sacrifice and self-annihilation. The sacrifices made by Sudhir are never apparent until much later when the passage of time shows the true enormity of how much Sudhir gives away to the friend whose father gave him back a childhood that would have otherwise been squandered on the streets. ‘Sakhi’ to the Big B he makes the uniqueness of the relationship with Raakhee appear so natural and endearing you want to hold the relationship close to your heart.