Last Updated 23.10.2021 | 1:49 PM IST
feedback language
follow us on
Bollywood Hungama » News » Bollywood Features News » Boney Kapoor on accepting Sridevi’s death and trying to be both mother and father to Janhvi and Khushi

Boney Kapoor is a broken man and the reason is too obvious. He lost his wife Sridevi who also was the love of his life about two months ago due to accidental drowning. Now, he is seen piecing his life back together and has recently revealed that he is finding moving on very difficult. His elder daughter Janhvi Kapoor’s first film Dhadak is all set to release this year and he is busy trying to make up for Sridevi’s presence in his daughters’ life. Speaking about this difficult phase he said that he is trying to be both a mother and a father to the children. He also said that since she was suddenly gone, these past months have been very difficult. Everything went on a freeze-pause in their lives. There were so many things left unsaid and undone but he is finally picking up the pieces again trying to put his life together for his kids’ sake. He revealed later that he has still not come to terms with Sridevi’s death and feels extremely empty. 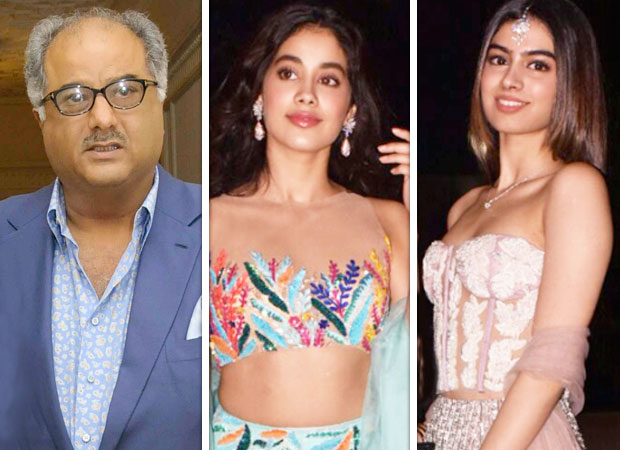 Boney is making a biopic on Sridevi and has even registered three titles. He was present with his daughters in Delhi a few days ago to receive an award on behalf of Sri. She was awarded the best actress award for her smashing performance in Mom. On her passing away he had written in a press note, “To the world she was their Chandni… the actor par excellence… their Sridevi… but to me she was my love, my friend, mother to our girls… my partner. To our daughters, she was their everything… their life. She was the axis around which our family ran.”

At the time of this adversity, the entire Kapoor Clan stood by Boney and his daughters.