Actor Ranveer Singh delivered his career's best three hattricks with Sanjay Leela Bhansali's Goliyon Ki Raasleela Ram-Leela, Bajirao Mastani, and Padmaavat. He is all set to collaborate with him for the fourth time in Baiju Bawra. The actor who owes his major success to the filmmaker took to his Instagram handle and penned a long heartwarming note about his equation with Sanjay Leela Bhansali. 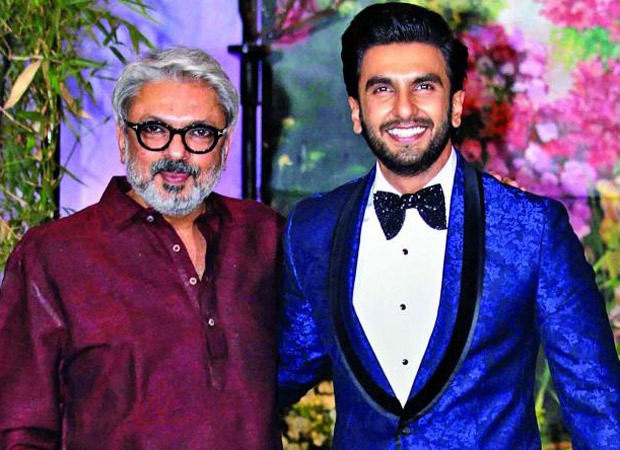 The Simmba star wrote, "My bond with SLB is very deep. I have done my best work with Him. He is a master of his craft and a true artist. Whenever you are directed by him you have a tremendous growth spurt as a performer. He challenges you, he pushes you to deliver a performance that’s visceral, spirited and comes from a place deep within you. He enriches and inspires you. He nurtures his actors and extracts their very best performances. Working on an SLB film puts you in a creative flux, and after the process you feel like an evolution has occurred within you. He has an ability to raise the stakes of the conflict in shooting a film scene, such that achieving that gold standard, that degree of excellence often feels like moving target, and he makes you feel like hitting that target is a matter of life and death. Sometimes it feels as if you are at war with your self - at war with the limitations and boundaries you’ve become comfortable within. He pushes you forth in a way that propels you and ensures that you win this hard-fought battle with your own constructs. I feel he truly expands your bandwidth as a performer, because he compels you to find new depths within yourself and he shows you new lengths that you can go to in order to achieve your own personal moment of artistic authenticity and cinematic magic. This essentially makes your repertoire as a performer much deeper and your range and bandwidth much wider. You become addicted to the magic he manages to concoct time after time".

Ranveer Singh ventured into acting with YRF's Band Baaja Baaraat, but Sanjay Leela Bhansali’s Ram Leela, Bajirao Mastani, and Padmaavat gave him both success as well as his ladylove Deepika Padukone. He segregated his posts into two parts and poured his heart out about his association with the renowned director.

In another post, he wrote, "His pursuit of excellence is relentless. That’s what sets him apart. That’s what makes him so great. He is limitless. And His craft is limitless. And when you work with him, you believe that you are limitless. He has got a rare insight into human psyche, an incomparable panache for cinema, and an unparalleled flair for drama. He is so inherently operatic, that his signature has come to be recognized as a great sweep and a soaring swell in a given piece of cinematic work. He feels such ownership of his characters that he becomes as much a part of the performance as you. He is like a master puppeteer. He is so hands-on during the entire process. Rarely do you find someone who is so intricately involved in the detailing of the work and in every aspect of the work - whether it is music, costumes, cinematography. His vision is so far-out; the process truly takes you to another world. I often say working with SLB is like a rite of passage for a creative individual. He brings something out in you that even you didn’t know you had and in doing so reveals the real you to your own self".

According to the speculations, Ranveer Singh will be a part of Sanjay Leela Bhansali’s remake of the 1952 vintage Baiju Bawra. Reports were that Deepika Padukone backed out of the film when she was refused for demanding the same remuneration as Ranveer. But amid the news, she posted a heartfelt note for her favorite director Sanjay Leela Bhansali on her Instagram story.