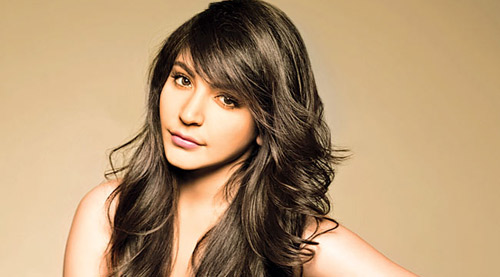 Anushka Sharma celebrated her birthday yesterday (May 1) and hence we bring some interesting facts about the actress.


1. Anushka comes from an army background; she spent her childhood moving from city to city with her army-man father.


2. Cricket and Anushka Sharma go back a long way. Her brother was a state-level cricket player.


3. Anushka Sharma was a top-notch model in Bangalore before she moved to Mumbai and Bollywood to try her luck. Within one year she got Yashraj Films' Rab Ne Bana Di Jodi.


4. Not too many know this but Anushka's Rab Ne Bana Di Jodi was inspired by Satyajit Ray's Apur Sansar.


5. Anushka was a big Shah Rukh Khan fan much before she did her first film. At age 3 she had danced at a family function to the song 'Kitaaben Bahot Si Padhi Hogi Tumne' from Baazigar.


6. Anushka Sharma is the only actress to be directed by both father Yash and son Aditya Chopra in Jab Tak Hai Jaan and Rab Ne Bana Di Jodi. Only Shah Rukh Khan had that privilege before her.


7. During the shooting of her second film Band Baaja Baaraat Anushka constantly had heated arguments with her co-star Ranveer Singh about the approach to their scenes. She's a one-take actor. He is a method actor. They couldn't see eye to eye.


8. Her last 2 films PK and NH10 made huge profits. The film industry hopes she'd pull off a hat track with Bombay Velvet.


9. Anushka Sharma plays a jazz crooner in her new film Bombay Velvet. She gets to do jazz version of Geeta Dutt's 'Jata Kahan Hai Deewane' and not a very appealing one at that.


10. She considers Virat Kohli her lucky mascot and he insists on taking time off to watch all her films.