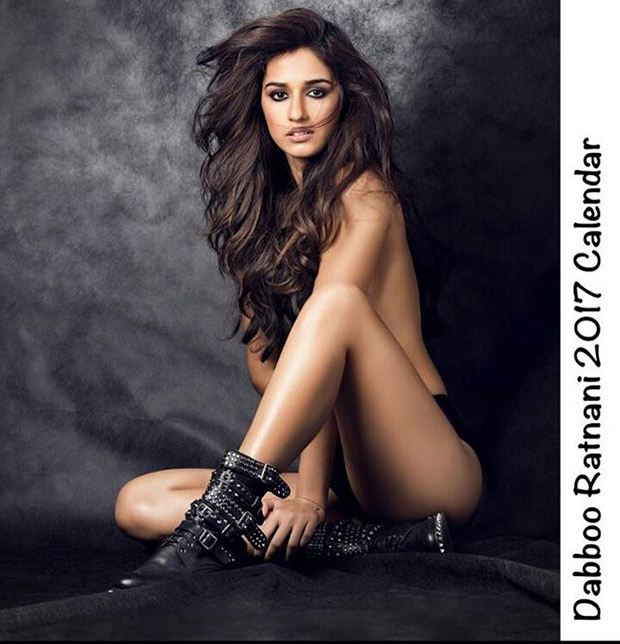 Rising to fame with M. S Dhoni - The Untold Story, Disha Patani seems to be winning many accolades for her role of the cricketer’s love interest. On the other hand, she made her debut amidst the league of A-listers for the latest Daboo Ratnani calendar photoshoot.

Yes, the celebrity calendar that everyone eagerly awaits every year is that of Daboo Ratnani which features celebrities going out of their comfort zone and doing something different as the photographer’s muse. In his own words, as Daboo confessed that he likes to work with one of the debutants every year for the calendar photoshoot, this time around it was Disha Patani who bagged this opportunity and how!

She was the ‘bold and beautiful’ muse for Daboo Ratnani and shedding her girl-next-door image, Disha Patani went topless for this photoshoot. Even sharing this picture on Twitter, the actress said, “#dabooratnanicalender2017 makeup #jose hair #shanky Photographer #dabooratnani.” In a recent interview with a daily, when the actress was questioned about this bold photoshoot, she revealed that she has always been very comfortable in her own skin and never had inhibitions doing the photoshoot.

Disha Patani was excited about being a part of this calendar photoshoot and even gave her suggestions regarding make-up. Talking about the same, the actress mentioned that she had suggested the use of smokey eyes as well as blow dried hair as she thought these will compliment her look.

Though the actress has kept mum about her upcoming Bollywood projects, Disha Patani will next be seen in the Indo-Chinese film Kung Fu Yoga starring Jackie Chan in the lead along with Amyra Dastur, Sonu Sood among others. The film is slated to release on January 27.