What the housemates of COLORS’ Bigg Boss 16 dreaded the most is about to hit them head-on in Salman Khan’s Weekend Ka Vaar. The megastar brings his astute sense of justice by dissecting the nastiest fights of the house and the behaviour of the housemates throughout the week. The focal point of today’s conversation is the atrocious verbal spat between Archana Gautam and Sajid Khan. Apart from Salman Khan grilling both the culprits for the most talked about fight of the week, this week ‘Bigg Boss’ also welcomes the cast of the upcoming film Salaam Venky to the audiences as well to the contestants. 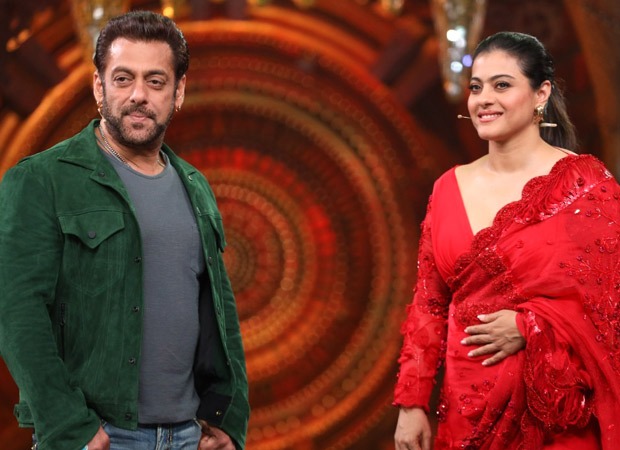 In the said fight, both Sajid Khan and Archana Gautam derisively questioned each other’s worth and integrity throughout the fight. Addressing all the muddas, host Salman Khan doesn’t leave any stone unturned to show who faltered and who didn’t. Salman grills Sajid as observed that he points a finger at Archana and talks about her worth. Sajid tries to defend himself by saying that Archana constantly provokes him but the host is determined to point out the contrary. Archana, on the other hand, tries to justify her outburst by saying that she did not abuse the former, to which Salman Khan aptly questions her back if she would use that kind of language with her family. Watch the entire episode to find out how Salman Khan‘s verdict on this issue.

Continuing the course of dropping truth bombs, Salman Khan introduces a game of ‘Use and throw’. The set-up of this game is that a toilet paper roll is hung on a board against the name of all the contestants and a commode is kept in front of the board. Salman Khan asks the housemates to throw the toilet paper inside the commode of those contestants who they think are being used the most in the house. A series of shocking names emerge in the fiery game on this ‘Weekend Ka Vaar’.

To add a little spice and fun to the show, the cast and director of the upcoming film Salaam Venky, Kajol Devgan and director Revathi grace the ‘vaar’. Salman Khan recreates a scene with Kajol from their hit film ‘Pyar Kiya Toh Darna Kya’ as they play a game of staring. It will be fun to see who bests whom. A game of ‘Whisper Challenge’ with the star guests will leave the audience in splits. Director Revathi and Salman take a trip down memory lane as they recreate their hit song ‘Sathiya Tune Kya Kiya’.

In yesterday’s episode, Salman revealed that the real reason why Fahmaan Khan entered the house was to promote his new show 'Pyar Ke Saat Vachan Dharam Patnii’. He comes out of the house and with his co-star, Kritika Singh Yadav arrives on the’ vaar’ stage and re-enacts a fun scene with the leads of the show. Fahmaan presents a situation where Salmaan is the prospective groom who visits his bride-to-be (Kritika) with his crooked uncle enacted by Fahmaan. This entertaining scene and superstar Salman’s wit are sure to make the audience chuckle.