Popular reality TV show Bigg Boss 15 is having all forms of intense controversial fights inside the house in the first two weeks itself. The competition is getting tougher with each passing day. Though the much awaited dangal between 'Gharwasis' vs 'Junglewasis' is yet to happen, contestants Shamita Shetty and Afsana Khan were seen having intense argument with each other. 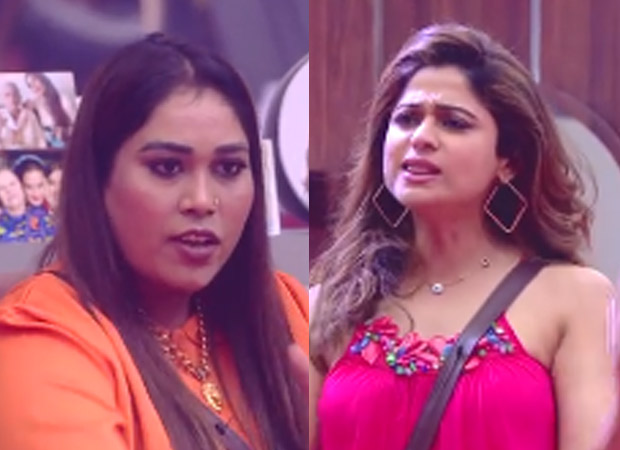 Previous episodes of the show witnessed 'Junglewasis' trying to get inside the house by hook or crook by deploying strategies, forming rivalries and chaos ready to erupt anytime. The 'Junglewasis' are hungry to get the pathway pieces inside the main house.

On the other hand, the 'Gharwasis' are determined to defend themselves at all costs. A vast showdown takes place as all of them literally start pushing and pulling each other, resulting in a massive dangal in this jungle. From dragging each other by the feet to screaming and shouting, expect all kinds of drama.

Amidst all the drama, Afsana Khan and Shamita Shetty were seen having an ugly face-off. During a task, both Afsana and Shamita were at each other about something or another. Their differences grew as the task moved forward and when Afsana heard Shamita talking about her and saying she never accepts her mistakes, Afsana lost her cool and she called Shamita 'gandi aurut (bad woman)'. Afsana even questioned Shamita's stardom and status and repeatedly says "Who knows you?)." Afsana was even heard calling Shamita a flop star. Shamita was also heard calling Gatiya Aurat'.

Vishal, who had recently attempted to partner up with Shamita, also jumpes into this fight. He challenged Afsana by saying, "Tere mein dum hai toh tu haath uthaake dikha!(if you have guts, try throwing hands)"

Karan Kundrra, Pratik Sahejpal and a few others were seen asking Afasana Khan to stop spewing filth as Jay Bhanushali, Miesha Iyer and others comfort a crying Shamita.

Bigg Boss 15 is being hosted by Salmaan Khan and it premieres at 10:30 on weekdays and at 9 on weekends. The shows airs on ColorsTV.