Last week’s major highlight of Bigg Boss 15 was Karan Kundrra choke slamming Pratik Sehajpal during a task. His aggressive behavior caught the attention of the viewers and received a massive backlash from them. In the Weekend Ka Vaar episode, Karan was questioned by host Salman Khan for his actions. 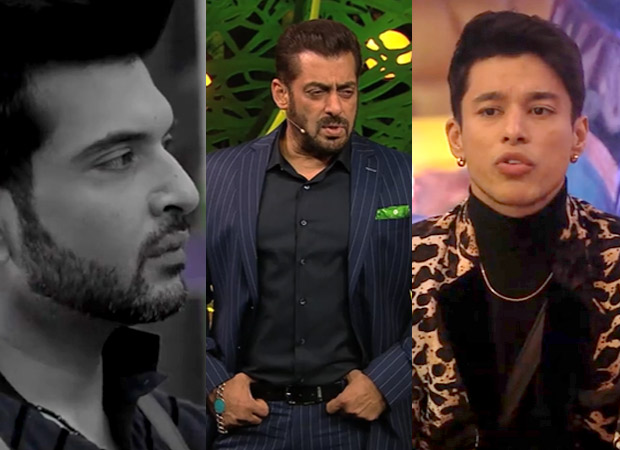 In the promo shared by the makers, Salman asks Pratik why he did not feel angry or react when Karan pinned him down during the task. Pratik explains that because it was Karan, so he wasn't angry but hurt as he thought very highly of him.

Salman further asks Pratik what would have happened had Jay Bhanushali or Ieshaan Sehgaal done this instead of Karan. Pratik replies that he would have been out of the house then but Karan is not someone he can get physical with.

Later, Salman also confronted Karan and talked about how many contestants have been evicted from the house in previous seasons due to their violent actions. While schooling the actor, Salman asked if he has pinned people down and hit them outside too.

Embarrassed with his questions Karan answered saying, ‘Ji Sir’. Adding to his statement, Salman said, “Ek din aapko bhi koi uthake patkega (You will also get pinned down by someone someday).” “Is baar bach gye kyunki pratik ne aapke khilaf koi action nhi liya (You were still in the house because Pratik didn’t take any action against you),” he further said.

Moreover, not only Salman questioned Karan but also celebs like Gauahar Khan, Devoleena Bhattacharjee, Andy Kumar had also expressed their disappointment over Karan's violent behaviour. Even Tejasswi Prakash, who has grown closer to Karan in the game, was slammed for not saying anything to him despite his wrong action.