Last Updated 28.11.2021 | 1:31 PM IST
feedback language
follow us on
Bollywood Hungama » News » Bollywood Features News » Bigg Boss 15: Jail introduced in the season for the first time; VIPs fight among themselves to decide who should be punished 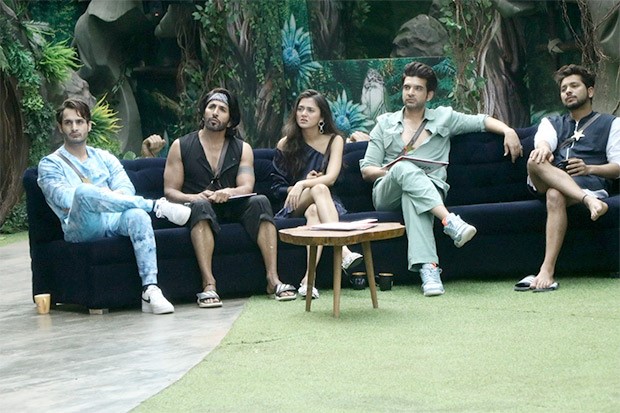 The VIPs get the chance to send a contestant to jail. Jay and Pratik become the first contestants to have a debate and both of them present their stance to convince the VIPs why the other one should be punished. Then Jay tells everyone that Pratik is known to create fights, dismiss tasks for the longest time and he deserves to go to jail. In the first debate, Jay wins and is relieved.

Next Pratik challenges Rajiv but realizes that he is not fit for the debate and even the VIPs feel that he is a wrong choice. Pratik then challenges Neha. Pratik says that his contribution has been more than Neha for the house and that's why she should be sent to jail and not him. However, Neha in her defence says that Pratik instigates fights in the house, he is the one who argues a lot. Pratik says that he does not have much to say against Neha as she has taken her stand and has put her point so far. He also said that she has not made enough mistakes as she has just entered the house.

Pratik volunteers to go to jail and all the VIPs disagree apart from Nishant. He doesn’t feel that Neha deserves to go to jail according to arguments. Vishal and Umar have a heated argument with Nishant. Pratik holds ground that he should be sent to jail and not Neha.

The moment takes an unexpected turn when instead of deciding on who to punish, the VIP's start fighting among themselves. All of them want to be heard and start speaking over each other. Nishant feels that Umar's line of questioning is futile, and Karan even says, "Time waste ho raha hai." Umar gets offended by his statement and starts shouting at Karan and Vishal for not showing any courtesy. Karan gets annoyed and kicks the table in rage. “Itna kyu bhadak raha hai?” says an angry Karan.

Tejasswi tells Nishant to calm down and come to a common result as they decided earlier as VIPs. They finally decide to free Neha and send Pratik to jail in the second. The debate round will continue in the upcoming episode also.