This week, Bigg Boss 15 has witnessed a roller coaster of entertainment as every contestant has been battling for a place in the finale. In their quest to become and remain a VIP, there is no line they aren’t willing to cross, and there is no rule they aren’t willing to break. To keep them in check, our dumdaar host Salman Khan opens the doors of Bigg Boss in tonight’s ‘Weekend Ka Vaar’ to a panel of journalists who are determined to put the housemates under the scanner with a tough line of questioning.

Tejasswi comes under fire right away as the panel questions her deep insecurity about her relationship with Karan. Even before she can respond, Rakhi quickly jumps in and says, “Karan aur Shamita ek saath mein bohot acche lagte hain! Yeh (Tejasswi) beech mein kya kar rahi hai, mujhe nahi malum!” Salman adds to the fun and drills Karan by saying, “Shamita ko har jagah ankhon se chhod kar aata hai!” Tejasswi gets upset with Rakhi’s constant taunts and retorts, “Mere liye funny nahi hai! If it is true, I don’t want to be a part of this!” 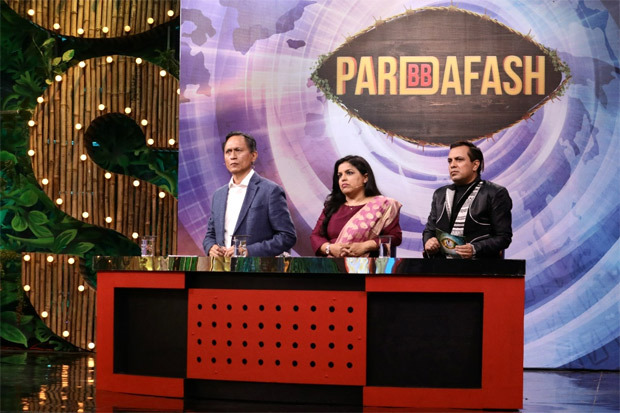 Abhijit comes next under the radar and gets questioned for his inappropriate behaviour inside the house. Rashmi, who has always held a strong opinion against his behaviour, says “Gandi soch rakhte hain auraton ke liye!” She also reminds everyone of the time when he had asked Devoleena to kiss him on the cheek during a task. Abhijit quickly interrupts and says “Yeh baat baar-baar dohorake yeh image damage kar rahe hain meri!” Their argument elevates and both of them start hurling furious verbal attacks at each other. Abhijit loses his cool and demands to be removed from the house, and even goes on to question her standards in a rough use of words, for which the media panel immediately asks him to apologise.