Before entering the Bigg Boss 14 house, Rakhi Sawant had told Salman Khan that she only knows to entertain and that is what she will be doing inside the house. It has been only a few days since Rakhi entered the house and her presence has already changed the atmosphere in the house. 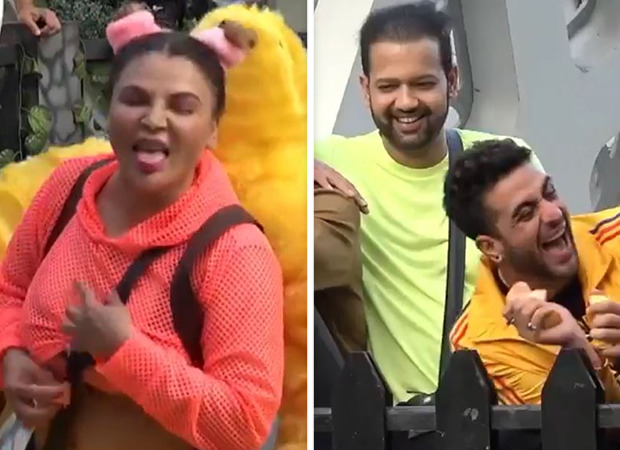 In tonights' episode, we see that the men of the house including Aly Goni, Rahul Vaidya, Manu Punjabi, Eijaz Khan and Rahul Mahajan are left amused by Rakhi's antics. In the promo shared by the channel, Rakhi is showing her crazy and funny side during a task given by Bigg Boss. In the task, the female participants including Rakhi, Arshi Khan, Jasmin Bhasin and Kashmera Shah are seen wearing duck costumes. The men are standing on the podium laughing at Rakhi's reactions. While the rules of the task are not clear in the promo, it sure seems entertaining.

Meanwhile, Rahul Vaidya recently came back on the show after voluntarily leaving the house. He had said that he was home sick and wanted to quit the show. However, the singer returned to the show and will now be participating in all the tasks. Nikki Tamboli and Aly Goni who were earlier evicted also returned to the house.

ALSO READ: Bigg Boss 14: Vikas Gupta says none of his friends supported him when he came out as bisexual; releases video statement after getting ousted from the show