Last Updated 02.12.2021 | 7:24 PM IST
feedback language
follow us on
Bollywood Hungama » News » Bollywood Features News » Bigg Boss 14: Vikas Gupta says none of his friends supported him when he came out as bisexual; releases video statement after getting ousted from the show

Vikas Gupta who had entered the Bigg Boss 14 house a few weeks ago as a challenger has been expelled from the show after he got into an ugly fight with Arshi Khan and even pushed her in the pool. Arshi and Vikas were at loggerheads since the day they entered the house, but things turned for the worse when they got into a physical fight. 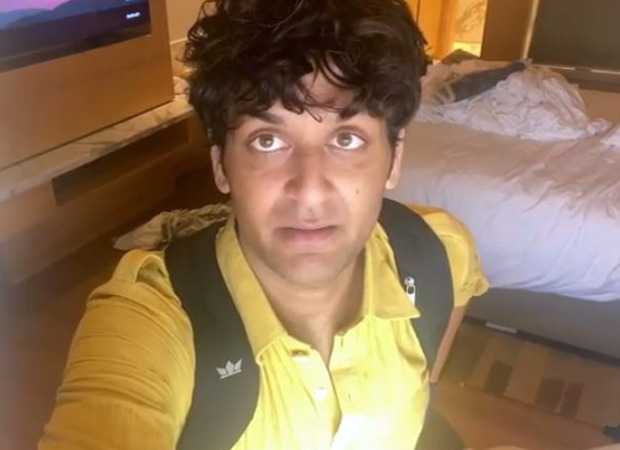 After pushing Arshi in the pool, Vikas was heard pouring his heart out in front of Aly Goni in the bathroom area. Aly and Vikas had participated together in a previous season of Khatron Ke Khiladi. A few days back, Aly had accused Vikas of snatching his work. Vikas clarified to him that he never took away his work. He further said that when he came out as bisexual on social media in June this year, none of his friends came out in his support. Vikas is seen crying in front of Aly, Rakhi Sawant, Rahul Mahajan and Rubina Dilaik.

On the other hand, after being expelled from Bigg Boss 14, Vikas released a video statement saying that he has parked himself in isolation so that he can make sense of what happened. He said that he was in a vulnerable stage and even cried after watching himself. "Time can do a lot of things aur apne hi hurt karte hain. I am going to find a way and I am sure I will crack it. I did make a mistake and I got punished for it. Let's hope and pray that good things happen to all of us. I am not very sad now na, don't worry," said Vikas Gupta.

In a previous interview, Vikas had said that his family relations strained after he came out of the closet. He had revealed that his mother and brother had distanced themselves from him.