A few hours to go before the 13th season of Bigg Boss goes on air. For those of you still wondering as to who all could be seen in the show,look no further! We've got the final list of contestants for you.

Rashami  Desai: TV fame Rashami Desai will will not only enter the Bigg Boss House but we hear she's also set to tie the knot with boyfriend Arhaan Khan, much like Bhojpuri actor Monalisa who wedded boyfriend Vikram Singh inside the house of BB 10. On a related note, Rashami is entering the house with a co-star she was once linked to! Read on.

Siddharth Shukla: We are talking about  Dil Se Dil Tak star Siddharth Shukla who was rumoured to be dating Rashami once. The actor didn't leave the show on a very good note, and we hear he had numerous differences with the makers. It's been a while since we saw him on the small screen. Let's see if BB 13 brings him his fading fame!4

Shehnaaz Gill: Given that the game gets really stressful at times, it's not bad to have a singer in the house. What say? Punjabi singer and actor Shehnaaz Gill will definitely add some flavour to the show. 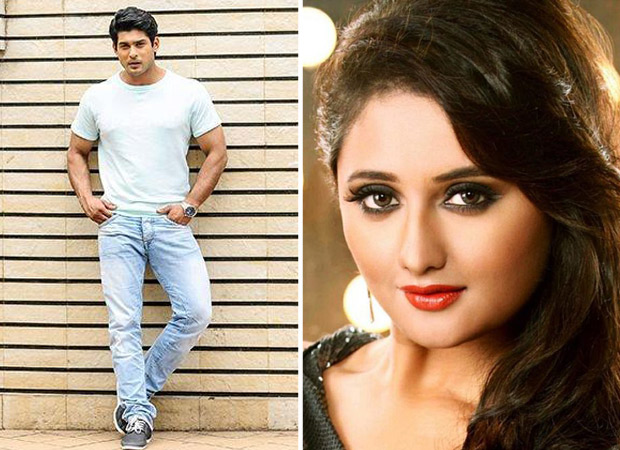 Guess she knows how to tackle difficult people!

Asim Riaz: This good-looking model might just grab his major  chance to fame with the TV reality show!

Ashwini Koul: You might have spotted this guy in Splitsvilla 6 before. He also appeared in a couple of shows like Boys, Warrior High and Sadda Haq. He recently signed the TV show Tara from Satara; but guess BB 13 sounded more lucrative, and he quit the show.

Devoleena Bhattacharjee: Many are rooting for this Saath Nibhana Sathiya fame actor who's lived an unbelievable transformation over the years. Devoleena has stayed away from TV for a while now and fans are super excited about her comeback!

Siddhartha Dey: There is more than one interesting fact about Siddhartha's entry. The most interesting part is that he happens to be a writer who wrote the first 2 episodes of Bigg Boss 1! That's quite a comeback. Siddhartha has also worked with the likes of Ayushmann Khurrana and Priyanka Chopra. Can't wait to see what he brings on our plate!

‌Abu Malik: Most of your were probably not aware of this brother of music composer Anu Malik. Neither were we! Abu Malik organises live shows worldwide and has worked with the biggest stars of Bollywood in the past.

Paras Chhabra: The winner of Splitsvilla 5, Paras isn't a new name in the TV circuit. He earlier appeared in Humari Adhuri Kahani but rose to major fame with Vighnaharta Ganesh.

‌Mahira Sharma: Yes, the infamous witch of Naagin 3 who also appeared in Taarak Mehta Ka Ulta Chashmah and Kundali Bhagya. Let's see what BB 13 has in store for Mahira.

Arti Singh: Maayka fame Arti Singh is set to make her reality show debut with this one.

Dalljiet Kaur: Dalljiet, who was a part of the TV show Guddan, left it midway to be part of BB 13. Hope it proves to be worth at the end!

Koena Mitra: Once a true sensation, Koena Mitra is seldom seen in films now. Will BB 13 prove to be a successful comeback? Let's wait and see.