Simmba duo Ranveer Singh and Rohit Shetty are currently on promotional tour for their upcoming mass entertainer. While the duo along with Sara Ali Khan is promoting the film in full swing, Rohit and Ranveer are set to come to Salman Khan starrer Bigg Boss 12's Weekend Ka Vaar. 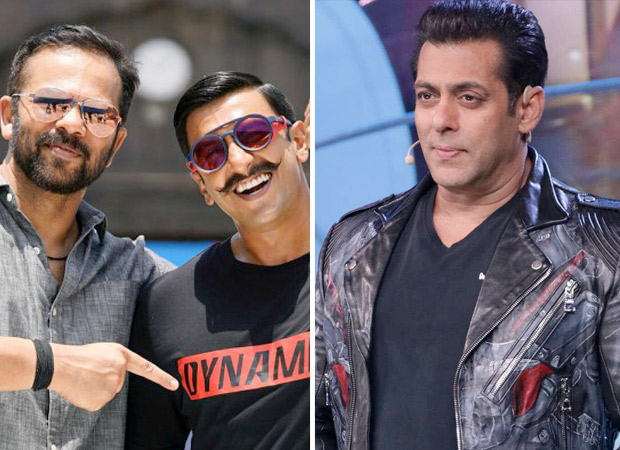 Ranveer Singh and Salman Khan, both of whom have played cops onscreen, are set to come together and are expected to shoot on Saturday for the both Saturday and Sunday episodes of Weekend Ka Vaar. The actor is set to perform several dialogues with Dabangg star and also dance on Simmba’s popular track, 'Aankh Marey'. A lot of fun activities and segments are planned for Rohit and Ranveer. Salman will be mostly quizzing about his recent wedding to Deepika Padukone. So, one can expect a lot of excitement from the upcoming episode.

Apparently, Rohit Shetty will reportedly make an announcement for the season 9 of Khatron Ke Khiladi which will mostly kick off in January 2019. Though it isn't confirmed whether Sara Ali Khan will be joining her director and co-star, but it sure would be interesting to see the trio with Salman Khan.