Kartik Aaryan and Kiara Advani are leaving no stone unturned to promote their upcoming film Bhool Bhulaiyaa 2. The trailer of the film which was released a couple of weeks back received a lot of love from the audience. The title track of the film, too, was equally well received by the audience. Today, a week before its theatrical release the makers have launched the peppy track 'De Taali' from the film. 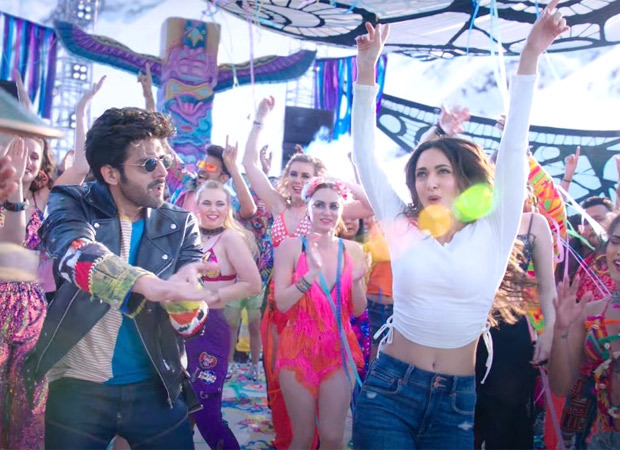 Bhool Bhulaiyaa 2: Kartik Aaryan and Kiara Advani dance their heart out to Yo Yo Honey Singh’s song De Taali; watch

The team of Bhool Bhulaiyaa 2 including Kiara Advani and Kartik Aaryan launched the song 'De Taali' at Imagicaa Theme Park. The new peppy track is sung by Yo Yo Honey Singh, Armaan Malik, and Shashwat Singh. The music is composed by Pritam and penned by Amitabh Bachttarcahrya. The rap portion is penned by Honey Singh and Bhattacharya.

De Taali has a very catchy and foot-tapping tune and will definitely be a favourite among party-goers. Kartik and Kiara are seen in their casual avatar and let their hair down as they groove to the catchy beats of the song.

Directed by Anees Bazmee, Bhool Bhulaiyaa 2 also stars Tabu and Rajpal Yadav. The film is a sequel to the 2007 blockbuster starring Akshay Kumar, Vidya Balan, and Shiney Ahuja. However, the second part is a completely new story with new characters. The film will be released on May 20.