The Bhediya mania has begun! Jio Studios and Dinesh Vijan’s creature comedy has been the talk of the town ever since its thrilling trailer, and now, the makers released the first song 'Thumkeshwari' on Friday. 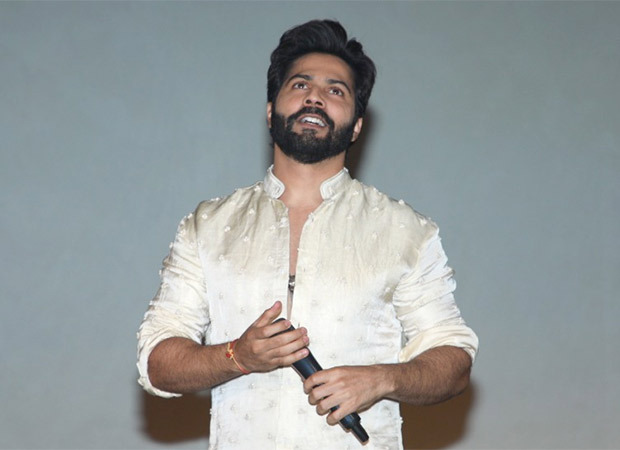 While interacting with the media, Varun Dhawan said that his aim in life was to do 'paisa-vasool' films. “My only aim in life, after I became an actor, is that the public should enjoy it. I don’t want to give ‘gyan’, I just want the audience to enjoy it and that they feel my work is ‘paisa vasool’. This film is total paisa vasool and Amar has done top-class VFX, he’s put in a lot of effort in this one. We will not disappoint you, you’ll be proud of us, and we’ll bring the public back to the theatres with this one,” he said.

Speaking about the single-screen audience and the mass appeal, the actor added, “I was dying for this. We spent two in the lockdown, at home. My film Coolie No. 1 released during that time. I remember how I was praying that we could release it in Gaiety Galaxy, but we couldn’t. I was craving to hear this (fans’ roaring reaction). This theatre plays a significant role in my life. This is where I learnt how to whistle and have fun while watching a film. Thank you for this kind of reception.”

Set in the mesmerising forests of Arunachal, the Varun Dhawan-Kriti Sanon starrer tells the story of Bhaskar, a man who gets bitten by a mythical wolf, and begins to transform into the creature himself. As Bhaskar and his ragtag buddies try to find answers, a bunch of twists, turns and laughs ensue.

Bhediya marks Varun and Dinesh Vijan's reunion after Badlapur. It is also Amar Kaushik’s third directorial venture with Jio Studios and Maddock Films following the success of Stree and Bala.

Jio Studios & Dinesh Vijan present, Bhediya. A Maddock Films production, directed by Amar Kaushik, produced by Dinesh Vijan and starring Varun Dhawan, Kriti Sanon, Deepak Dobriyal and Abhishek Banerjee among others, is releasing in cinemas in Hindi, Telugu and Tamil in 2D and 3D on November 25, 2022.