Bigg Boss OTT fame Uorfi Javed often makes headlines for wearing bold clothes in public. From tender petals of flowers to sharp edges of razors; there is hardly any object which has not been a part of Uorfi’s outfit. Being widely recognised as a celebrity, netizens often compare her dressing style with Bollywood actor Ranveer Singh. And, when Bollywood Hungama asked her to describe the actor’s style in one word, she gave us an interesting answer. 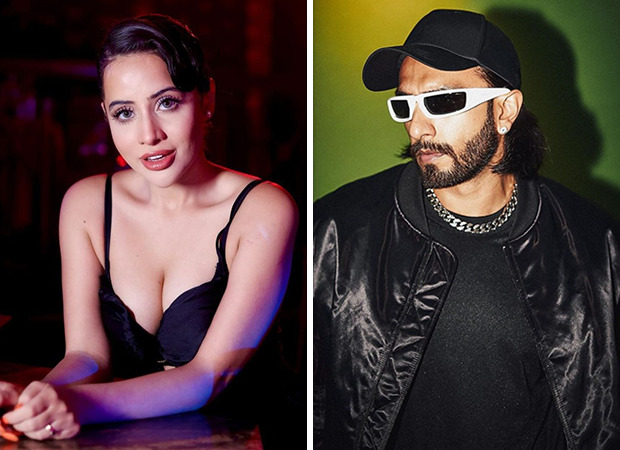 Though she did not summarise Ranveer Singh’s fashion sense in one word, Javed asserted, “I think I am female Ranveer Singh and he is male Uorfi Javed.” Not only this, we also asked Javed, if she ever felt uncomfortable in any of her outfits. In her honest response, the social media star did not hesitate to say, “sometimes”.

She further added, “Aise jhuth toh nahi bolungi, lekin kabhi kabhi (I won’t lie. I do get uncomfortable sometimes). But I am very comfortable in my body. I have no shame, to be very honest.” As she continued, she added, Mujey itni koi sharam nahi aati kisi cheex se. Agar kabhi kuch wardrobe malfunction bhi ho gaya toh mujey ghant** farak nahi padta (I don’t feel shy. Even if I experience some wardrobe malfunction, I will not be bothered).”

Apart from being a contestant in Bigg Boss OTT, Uorfi has been a part of various TV shows, including Uorfi Bade Bhaiyya Ki Dulhania, Meri Durga, Bepannaah and Puncch Beat Season 2. She was recently seen in the music video titled ‘Haye Haye Yeh Majboori’.