Salman Khan and Priyanka Chopra are REJOINING once again for Bharat and the internet cannot keep cool. The two have reunited after 10 years and we cannot help but marvel at the countless possibilities of these two coming on screen after so long. Yesterday, director Ali Abbas Zafar formally announced the movie and told us that the movie will be rooted to the Indian culture and spans over seven years. Both stars are set to don different avatars for this magnum opus. After Zafar, Salman officially invited Priyanka on board and said, “#Bharat .. welcomes u back home @priyankachopra . See u soon .. By the way humari film Hindi hai ;) . @atulreellife @aliabbaszafar #Eid2019.” 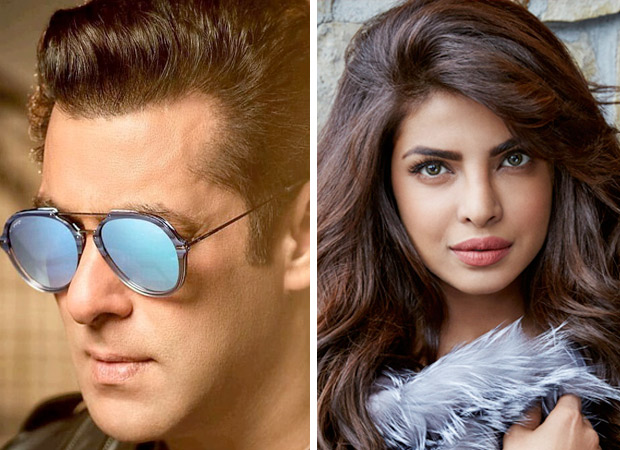 Oops! Did you notice the unmistakable dig at her firangi leanings? While Salman graciously invites PC back home and in Bharat, he makes sure to remind her not to gently that the movie is in Hindi. Whoa, now that is a burn but a playful one and it just shows the bond between Salman and PC which has been an interesting one for sure.

Priyanka on the other hand is too excited to join the movie and said, "Bharat it is!  I’m looking forward to begin shooting this film and working with Salman and Ali again after a considerable time. I’ve learnt a lot from them in our previous collaborations and am excited to see what this one has to offer. I’m also looking forward to working with Alvira and Atul and the entire team of Bharat. To all my well-wishers who’ve been so patient and supportive… thank you for your constant support and I’ll see you all at the movies.”