Sunny Deol started his career in 1983 playing the guy who tames the wild Amrita Singh in Betaab. Known to deliver high-voltage low-key performances in films mainly by Rahul Rawail, Raj Kumar Santoshi and JP Dutta, this Deol has been struggling lately to find his bearings in the rapidly-changing atmosphere in Bollywood. We look at his best films over the years. 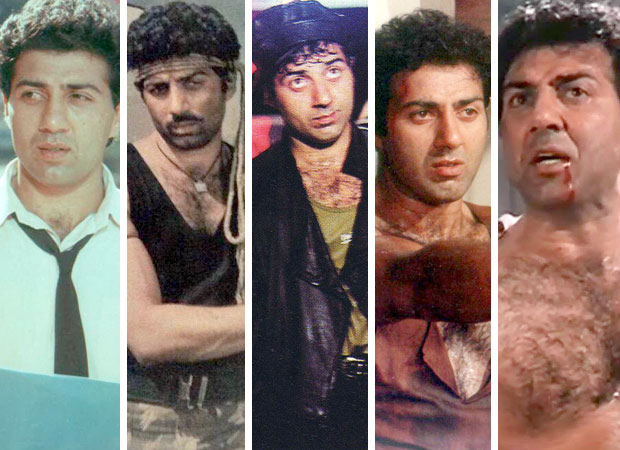 The best of Sunny Deol

Two years after his debut Sunny Deol gave a remarkably restrained fine-tuned performance in this tautly-written Javed Akhtar script about a student who is waylaid and exploited by an evil politician(Anupam Kher). Rahul Rawail’s direction captured Deol in his most implosive avatar,creating sparks in the dark that ignite the screen even today. Sunny’s special friend Dimple Kapadia played his love interest. The film has a handsome supporting cast and a powerhouse impact.

Inspired by Jis Desh Mein Ganga Behti Hai and Ganga Jumna, Dacait is Deol’s most powerful social statement to date. It touched on caste discrimination and social inequality and how these fostered a rebellious generation. Deol was marvellously reined-in as the simple villager who transforms into a dreaded dacoit. The film featured two other powerhouse performances by Raakhee Gulzar as Sunny’s mother and Paresh Rawal as a corrupt cop. Gripping even today from first frame to last. Not a  boxoffice success, as it was found to be way too dark and tense.

With this tale of an orphan who is almost seduced bis foster mother (Sujata Mehta), began Deol’s association with JP Dutta. Like Rahul Rawail, Dutta knew which emotions to tap in the introspective actor to make his personality erupt into a welter of angry protests. The film was underrated and rejected on release. Ishwar Bidri’s camera work gave a physical shape to Deol’s anger.

A very rare comic outing for the ever-gloomy Sunny, and too in a female-centric film. Just once Sunny didn’t mind taking a backseat, as the woman at the helm was the one and only Sridevi. Even Rajinikanth played second fiddle. Sunny and Rajini enjoyed encoring Sanjeev Kumar and Dharmendra’s roles from Seeta Aur Geeta.

Considered the most important hit of Sunny Deol’s career, Ghayal began Deol’s association with director Raj Kumar Santoshi.The film a blood-soaked vendetta tale starred Sunny as Ajay Mehra who goes on a rampage when the villain Balwant Rai (Amrish Puri) kills Ajay’s brother (Raj Babbar). Not as wonderfully scripted as Arjun or Dacait, Ghayal nonetheless is the biggest hit of Sunny’s career. It took on Aamir Khan’s hit Dil at the boxoffice and outdid its collections.

The very violent and influential cinema of N Chandra came to this film after Chandra’s smaller but more impact-filled Ankush and Pratighaat. Narsimha cast Sunny as a drunken waylaid right-hand man to a tyrant politician in dark glasses mysteriously named Baapji (Om Puri). There were interesting conflicts running through the plot, though finally these conflicts didn’t work themselves out. Nonetheless an interesting performance by Deol.

The role of the sozzled lawyer who fights the rape victim’s case was inspired by Paul Newman in The Verdict. Deol who has never touched a drop of alcohol in his life  took  on extended cameo of tipsy lawyer in this Meenakshi Sheshadri vehicle because of his faith in the director Raj Kumar Santoshi. It paid off.

A personal favourite among all of Sunny Deol’s films Ghatak featured him as a Varanasi – bred idealist who is confronted by monstrous corruption in the city when he has to migrate for the sake of his ailing father. The father-son sequences between Deol and Amrish Puri were masterly in their portrait of unexpressed devotion and love.director Raj Santoshi offered this role to Sunny after Kamal Haasan was unable to do it.

A mammoth pre-partition melodrama where Sunny Deol sets off across the border to get his wife Amisha Patel back from Pakistan, the film’s passionate patriotism made it one of the biggest boxoffice successes in the history of Bollywood. Gadar came on the same Friday as Aamir Khan’s historic Lagaan and actually made money in the long run (pun intended).

Sunny was cast as freedom fighter Chandrashekhar Azad while his kid-brother Bobby Deol played Bhagat Singh. The film got buried in the heap of Bhagat Singh bio-pics. But Sunny was in splendid form as a real-life historical figure,bringing into play all the righteous indignation of Arjun, Ghayal and Ghatak into one line of vision.