We all know that Sunny Deol has been contesting the Lok Sabha Elections 2019 from the Gurdaspur constituency. After campaigning through road shows and meeting citizens for the past few weeks, Sunny has now emerged victorious in his constituency. Readers would be aware that the final results for the Lok Sabha Elections were declared a day ago, with BJP winning and Narendra Modi returning to power as a Prime Minister. Amidst that, Sunny, who too was contesting on behalf of BJP, too is celebrating success. 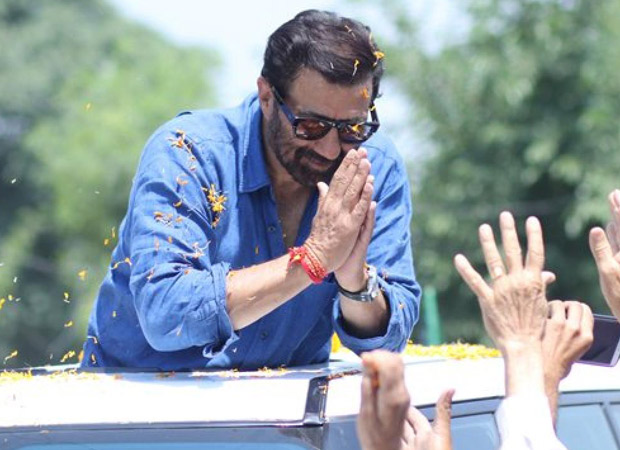 An announcement regarding his win was made yesterday on several news media reports. If these reports are to be believed, Bharatiya Janata Party member Sunny Deol won the Lok Sabha Elections 2019 by 82,459 votes at his Gurdaspur constituency. The actor was contesting against Congress member Sunil Jakha as well as AAP [Aam Aadmi Party] candidate Peter Masih.

Dharmendra too took to Twitter to wish his son on his recent win:

On the film front, Sunny Deol is currently directing and producing his son Karan Deol’s debut film Pal Pal Dil Ke Paas. The film will also mark the Bollywood debut of model Saher Bamba who will be seen as the leading lady. It is slated to release on July 19 this year.