The covers of Vogue magazine have always left us impressed. The amount of creativity and style in their covers have always come as a pleasant surprise to all its readers. This time, they have outdone all their previous covers as the June cover features the partial team of Good News – Karan Johar, Kareena Kapoor Khan, and Diljit Dosanjh along with Natasha Poonawalla. 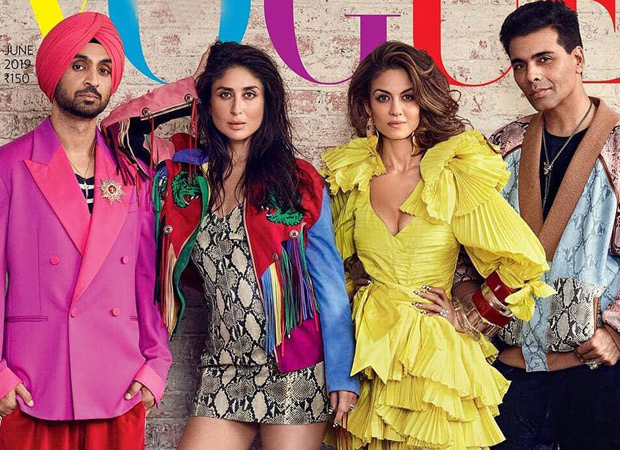 All their looks were styled by Anaita Adjania Shroff and all four of them looked at their fashionable best in their outfits. They were dressed in Gucci, with accessories from Hanut Singh, Butler and Wilson, Begum Khan, and Pebble London. For their shoes, they opted for Jimmy Choo and Pierre Hardy. This is by far our most favorite cover featuring these stunners. How we wish Kiara Advani and Akshay Kumar were a part of this too!

Take a look at the cover.

Good News was initially slated to release on September 6 but has been pushed to December 27. With the story revolving around two couples trying to conceive, this is the comedy film to look forward to.

Also Read: Kareena Kapoor Khan looks like a ray of sunshine as she is all set to make her television debut