Acting for many is largely about learning - be it learning a new language, immersing yourself into your character’s personality. For actor Emraan Hashmi, who plays Kabir Anand, a spy and intelligence officer in Netflix’s upcoming espionage thriller Bard of Blood, it was all this and more. This is the first time in his career that Emraan is playing an out-and-out action role-- the role of a spy fighting behind the scenes for the safety of his own men and, along the way, how he addresses some of his own unfinished business. 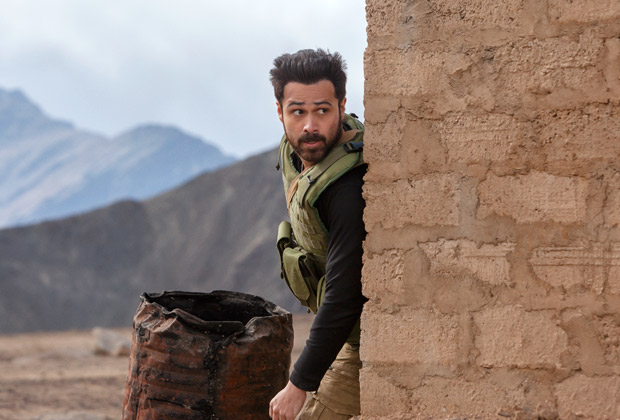 Based on a book of the same name by Bilal Siddiqui, Bard of Blood follows Kabir, an erstwhile hostage rescue specialist, formerly a part of the Indian intelligence, as he races against time on a mission to save his country. Especially after reading the book, Emraan was determined to take up all the challenges that came across to do full justice to the character of Kabir Anand.

When asked about his relationship with the book and the series, Emraan Hashmi said, “I had launched Bilal’s book almost five years ago. I read the book after the launch, at that time it wasn’t sanctioned for a Netflix show, later it was. The cherry on the top was that I was cast as Kabir Anand. I started liking the book back then when I was reading it and was engrossed in the world of Kabir Anand .”

To essay this character, Emraan had to prepare both physically and mentally to accurately portray the role of a spy. He had to delve deep into the discipline that goes into learning the body language of an intelligence agent. From something as complex as learning new and varied action sequences to something as simple as holding a gun in the correct manner, he had to train for everything in the quest for perfection.

Veteran stunt director Ryan Sturz (of ‘Captain Marvel’, ‘Den of Thieves’, ‘Logan’ fame) directed the action sequences of Bard of Blood. He was meticulous when it came to the kind of guns and props that were used in the show. He ensured that Emraan learned how to correctly hold different types of guns and how to fire each one of them, of course, while keeping the actor’s safety in mind.

Emraan’s dedication and hard work has shone through in every frame of Bard of Blood, which will leave the audience wanting more. The show will be launched on the 27th of September, 2019 only on Netflix. All episodes of the series will be launched at the same time exclusively on Netflix to 151 million users across 190 countries.