Recently it was reported actors Ayushmann Khurrana and Yami Gautam are collaborating after a gap of 7 years post their debut film Vicky Donor. The duo will be seen together for their next, a Dinesh Vijan film titled Bala. Bala also stars Bhumi Pednekar as one of the female lead actors. Readers would be aware that the Badhaai Ho actor has already started work on the film which has already gone on floor this month. And now, it seems that Yami too has joined the shoot of the film. 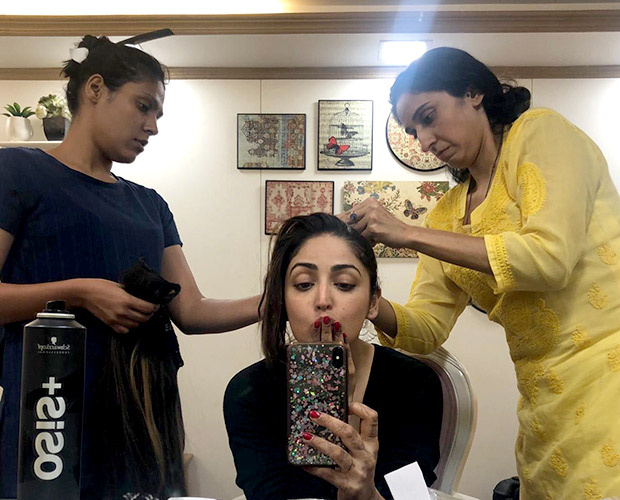 A source close to Yami Gautam, said, “Bala has just gone on floors last week and Yami just joined the team for the shoot in Mumbai. However, there aren’t many details on the shoot location of the film. It is well kept guarded to avoid any leaks from the sets. Yami who was last seen as an Intelligence officer in Uri: The Surgical Strike will now be donning the hat of a supermodel from Lucknow.”

On the other hand, Bala is a story of a middle aged man who is suffering from premature balding played by Ayushmann. The film is directed by Amar Kaushik of Stree fame and it is produced by Dinesh Vijan under the banner Maddock Films. The film will mark hattrick of Ayushmann and Bhumi Pednekar after two successful films like Dum Laga Ke Haisha and Shubh Mangal Saavdhan.