Before the leap, the drama in Bade Achhe Lagte Hain 2 seems to have intensified twice the amount. Priya is currently in jail after the death of Shivina. She had taken the blame of accidentally pushing Shivina down the stairs in order to save the future of her nephew and Sara’s son Ishaan. With a promise that she will take care of everything, Priya wants to move forward in life but alone. She even pushed Ram away telling him that the baby she is pregnant with is not his. 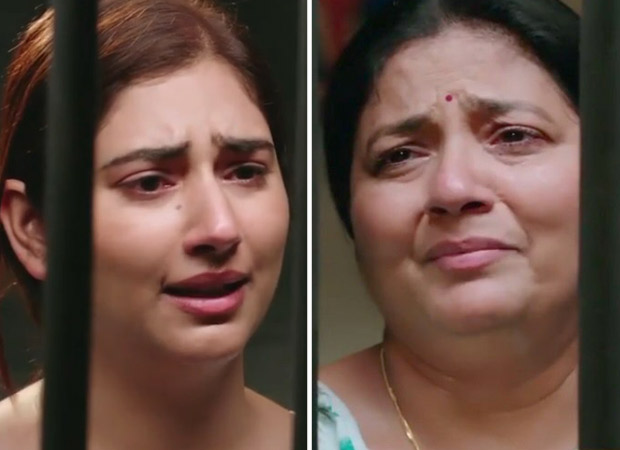 Bade Achhe Lagte Hain 2: Priya breaks all relations with her mother, calls herself a curse of Ram’s life

Amidst all this drama, in the recent episode, Priya will be seen confronting her mother regarding the Ram Kapoor’s father demise. In the promo video, a very visibly upset Priya asks her mother why she forced her to get to married. When her mother responds to it stating that she just wanted to see her daughter happy, Priya counter-questions why she betrayed Ram. She goes on to add that her mother took advantage of Ram’s kindness and that she believed, no matter what she did or say, Ram will always forgive her and be her son just because he respects and loves her so much. Furthermore, she also reminded her that Ram has done more than her, her mother or even her Sara Di for Ishaan, so how could she do something like to this to such a kind man. Calling herself a ‘curse’ in Ram’s life, Priya informs her mother that she has already done everything to cut all ties with Ram. Her statement leaves Meera 'maa' shocked. Unable to believe what her daughter has done, a teary-eyed Meera leaves after her daughter asks her to go away.

Just in the last episode, Priya told Ram that the baby she is carrying isn’t his. While he was still in shock and refused to believe it, we wonder what Mr. Kapoor will do now? Will Priya also break all ties with the Soods after what happened between her family and his?