After the massive success of Baaghi and Baaghi 2, Tiger Shroff is all set to bring triple the action to fans with Baaghi 3. The makers of the movie have released the first poster of the movie and it is as enticing as ever! 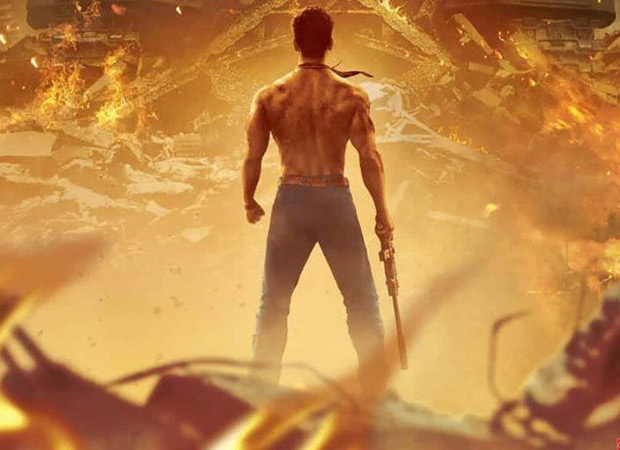 Taking to their social media the makers shared the poster with the caption, “Against his strongest enemy, His greatest battle, Up against a nation, RONNIE is back! “ #Baaghi3 trailer out on 6th Feb, Thursday #SajidNadiadwala @iTIGERSHROFF @ShraddhaKapoor @Riteishd @khan_ahmedasas @WardaNadiadwala @NGEMovies @foxstarhindi".

The poster has Tiger Shroff facing an army tank with his back towards the viewers and a rifle in his hand, as he faces a huge war tanker.  The poster suggests that it stands for a grand conflict between the good and the evil. Tiger was recently in Serbia, shooting for the climax. He revealed that it was a grueling one, and would feature some intense action scenes.