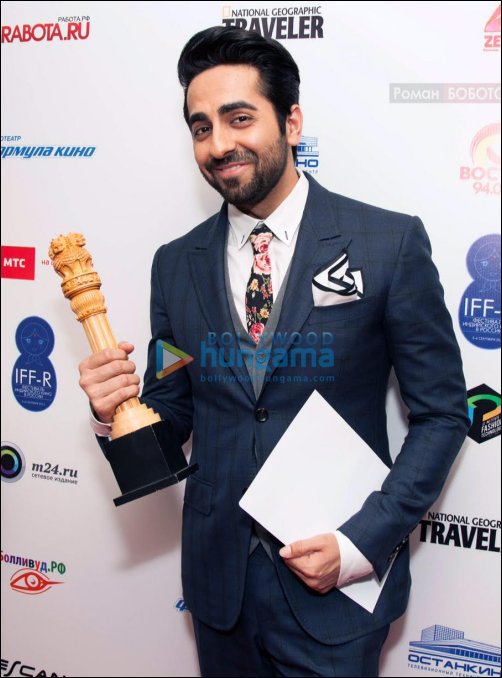 Ayushmann Khurrana proved his ability to carry offbeat, unique roles beautifully with Dum Laga Ke Haisha. The sleeper hit had him playing a small town, dissatisfied young man to much critical acclaim and popularity with audiences in India.

Now, the Indian Film Festival of Russia for his stellar act has honored Ayushmann. A celebration of historical ties of cinema & entertainment between the Soviet Union and India, this event has marked for lining up the best of mainstream Hindi films for a Russian audience. While Ayushmann's debut film Vicky Donor was shown here, the festival also felicitated him for the Yash Raj production.

Touched to receive this honour, Ayushmann said, "I believe the language of love & relationships is universal. Dum Laga Ke Haisha is about an everyday love story that has rarely been presented in such a believable manner before. This film is special for many reasons and the honor that the Indian Film Festival of Russia is giving me makes its journey even more memorable."