Alia Bhatt has turned 26 and is ringing in her big day with close friends and family. It is commendable how successful she is at such a young age. With back to back hits from the very start of her career, Alia Bhatt is now one of the most loved Bollywood star and for all the right reasons! She has two big releases coming up this year and both of them are going to be massive. One of them is Kalank which is a period drama and the other one being Brahmastra, a superhero film. Brahmastra is already the talk of the town for its unique script and stellar star cast. 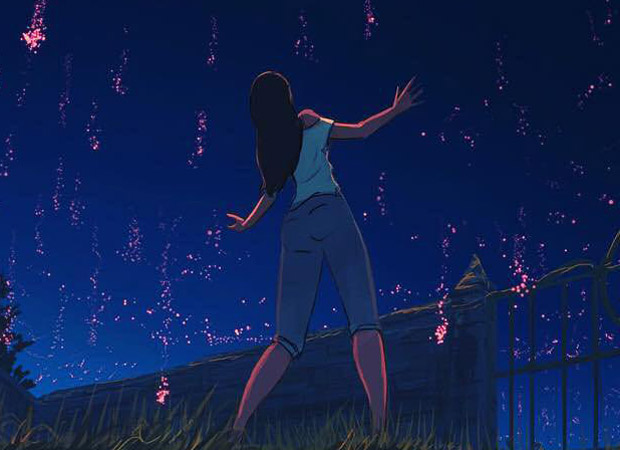 Starring Ranbir Kapoor, Alia Bhatt, Amitabh Bachchan, Nagarjuna, and Mouni Roy among the others, Brahmastra is definitely going to set the standards high for a superhero film in Bollywood. Director Ayan Mukerji recently joined Instagram and has been treating the fans with unknown trivia and pictures from the film. On the occasion of Alia’s 26th birthday, Ayan posted a caricature of her character Isha who is standing under the sky with her arms wide open. The comic looks magical and we can’t even begin to imagine how epic this film is going to be. Ayan simply captioned the picture as, “happy birthday ???? #brahmastra”

While Brahmastra will release towards the end of this year, Kalank will hit the silver screens on 17th April. It is a story of 6 individuals based on the pre-independence period of India. The movie stars Varun Dhawan, Alia Bhatt, Sonakshi Sinha, Aditya Roy Kapur, Madhuri Dixit, and Sanjay Dutt.