Ever since Ranbir Kapoor and Alia Bhatt started filming Ayan Mukerji’s Brahmastra, their relationship rumours only grew and it turned out to be true. They keep making appearances together as well. Now, a year later, the couple is still going strong as Ranbir Kapoor visited Alia's residence at midnight to ring her 26th birthday. As Alia is celebrating her birthday today, a special birthday message came her way from none other than Katrina Kaif. 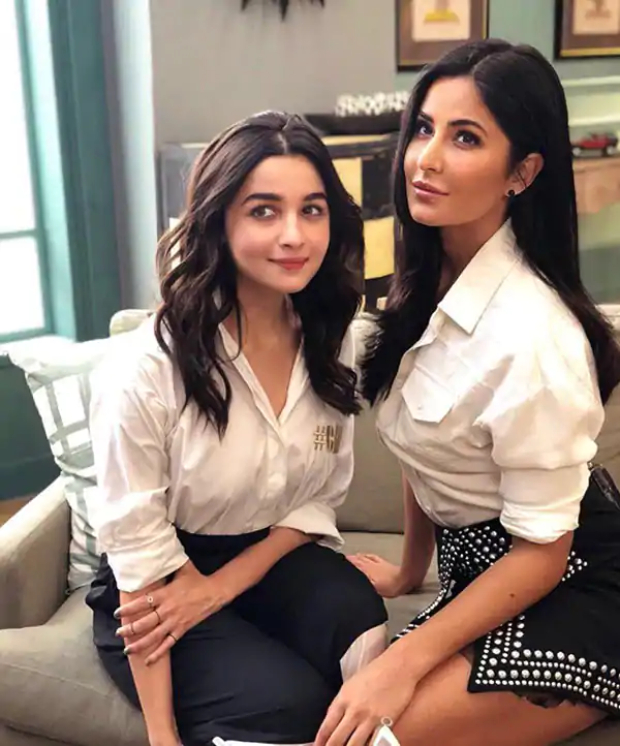 Katrina Kaif took to her Instagram story to wish Alia Bhatt on her 26th birthday with a stunning picture of her in a red gown. The actress captioned the photo, "Happy Birthday Alu. (red heart emoji) May you rise greater and greater heights." 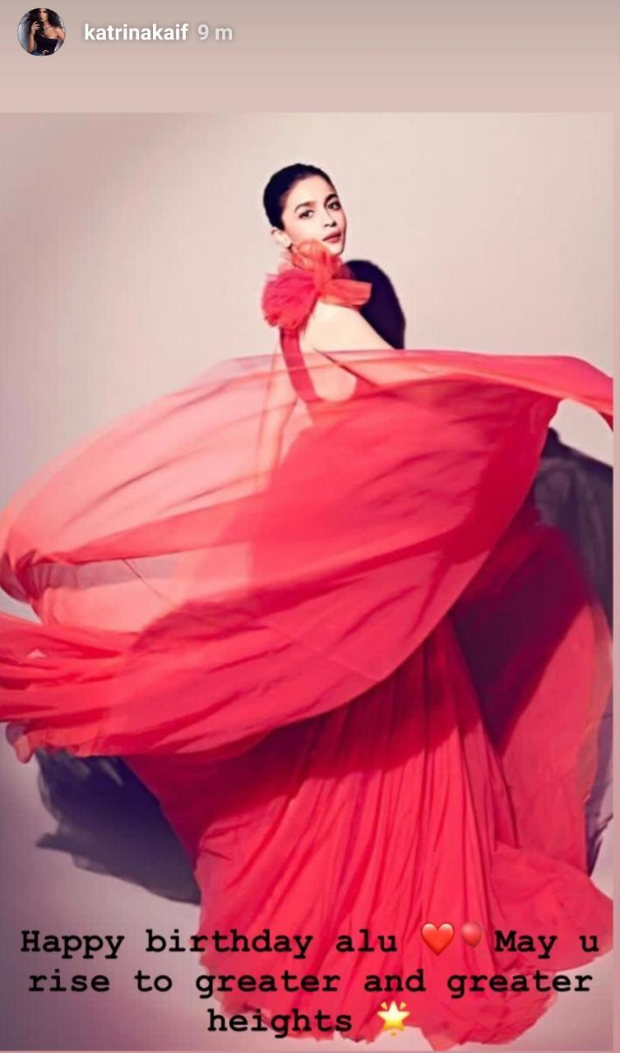 There were rumours that the rapport between Alia Bhatt and Katrina Kaif had soured ever since she began dating RK. Alia revealed on Koffee With Karan 6 that there wasn’t any such awkwardness between the two actresses.

On Koffee With Karan this season, Karan Johar praised Katrina Kaif for keeping a healthy relationship with Alia after knowing that she was dating her ex-boyfriend with whom she was in a relationship for almost six years. Speaking of exes, Karan also asked Katrina about how she has managed to keep a healthy friendly equation with Alia Bhatt even after knowing that she is dating Ranbir now. “It wasn’t and isn’t tough. Everyone has to judge for themselves and how they want to handle their equations and their relationships in their life. My equation with Alia is independent, my equation with Ranbir is independent and my equation with Deepika is independent. These are all individual equations I have. We are not everyday phone call conversation buddies. But, I like who she (Alia Bhatt) is. There’s a certain enjoyment factor, enjoyment of each other’s company and sort of comfort and fun element when we are together. And it was just the decision I made. I respect and value that relationship and it shouldn’t change for anything.”

On the work front, Alia Bhatt has several projects lined up. Starting with the success of Gully Boy followed by Kalank, Brahmastra, Arunima Sinha biopic, RRR and Takht.