It’s been five months since viewers have moved to OTT platforms for all entertainment purposes. The streamers haven’t disappointed us either. While they saw a huge surge in viewers or subscribers on their apps, they also met the demand with amazing content. So if there are desi titles like Raat Akeli Hai, Pataal Lok, Abhay 2, Bulbbul whetting people’s appetite, there were also international names like Never Have I Ever, Warrior Nun, and others that got a huge thumbs up. In August too, the OTT offerings were varied and interesting. So there’s Pareeksha on Zee5 that made everyone wonder why it wasn’t promoted much, Class Of 83 on Netflix and Aashram on MX Player marked Bobby Deol’s digital debut, Amazon Prime Video’s Bandish Bandits brought Hindustani Classical Music back in the fore, and much more. 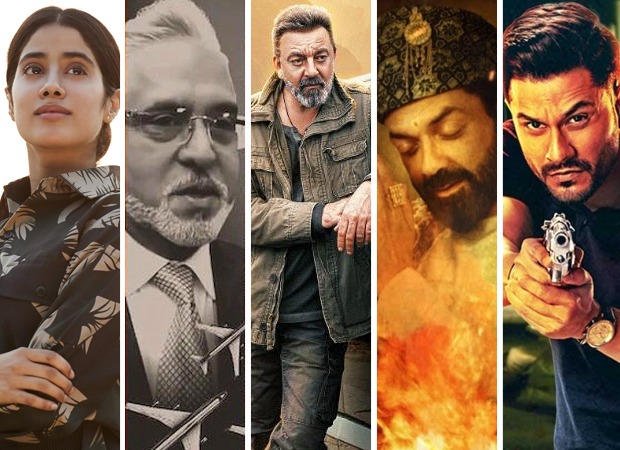 But they weren’t without their share of controversies, some fair and some were just there! Be it the issue with conman being Godman or billionaires fighting for putting a stop on their stories becoming public, August has seen quite a lot of chaos as well. Here are five such controversies that kept social media buzzing.

1. Gunjan Saxena and the case of IAF portrayal: Gunjan Saxena: The Kargil Girl started streaming on Netflix from August 12. The tale of the heroics of IAF’s first female officer during the 1999 war against Pakistan got a lot of applause. But with applause came brickbats as ex and present Indian Airforce personnel objected to gender discrimination shown in the film. The IAF wrote a letter to CBFC, Netflix and Dharma Productions regarding their concerns. The matter went to court even. Last heard, Delhi HC has refused to put a stay on the streaming of the movie after the Centre approached it with its concerns. The Court has adjudged that the Centre should have voiced their issues about the film before it hit the streamer.

2. Billionaire Bad Boys: India and the case of B Ramalinga Raju/Subroto Roy: Netflix is at the receiving end again! Its upcoming docuseries is on Indian billionaires, who have been part of many money scandals. It was supposed to stream from September 2 but that didn’t happen because while Bihar HC issued a stay order on the series on the basis of a plea by Subroto Roy, B Ramalinga Raju’s plea in Hyderabad Civil Court led to barring of the show on Netflix. The streamer did approach the SC for relief but it refused to entertain the issue and asked them to move to Bihar HC instead. So if you are wondering why you aren’t able to watch it, here’s the update.

3. Sadak 2 and the case of nepotism: Sushant Singh Rajput’s death and its probe have led to indefinite conversations on how the industry functions or rather how social media users think it does. Nepotism which created a huge uproar a few years back when Kangana Ranaut slammed Karan Johar on his own show for the same, returned to become a primetime concern. Fans of Sushant blamed Alia Bhatt and in fact the Bhatts of indulging in the same. They decided to boycott Sadak 2 which hit Disney+ Hotstar last month. It was one of the many movies which quit the theatre route for OTT release owing to the closure of cinema halls since the outbreak of COVID-19 in India. Consequently, the trailer became one of the most disliked videos on YouTube. It only got worse after the film released and everyone realised it lacks merit too.

4. Aashram and the case of defiling Hindu culture: So Bobby Deol had back-to-back digital releases with Class Of 83 on Netflix and Aashram on MX Player. It’s the latter that got into a bit of a soup. Netizens claimed that the show defiles Hindu culture by showing a con man turn into a Godman. The streamer had issued a disclaimer at the start as well clarifying that they don’t intend to hurt anyone’s religious sentiments. Director Prakash Jha clarified how the series just highlights one con man’s move to disguise as a baba to exploit them.

5. Abhay 2 and the case of no knowledge about Khudiram Bose: Many in India don’t even know that Khudiram Bose was one of the youngest martyrs of the Indian freedom struggle. He was perhaps in his teens when he laid down his life for the country. So you can imagine netizens’ fury when they saw his picture on the criminal board in a police station in one of the episodes of Abhay 2, starring Kunal Kemmu. ZEE5 blurred the images in response and issued an apology for ‘hurting the sentiments of a community’. This fuelled the discord further as social media users couldn’t believe the streamer thought it was an insult to a community when it was an insult to the martyr’s sacrifice for his country.