On August 12, Sharan Sharma directed Gunjan Saxena: The Kargil Girl was released on Netflix. The film starring Janhvi Kapoor is inspired by the life of former IAF pilot Gunjan Saxena. Ever since the release of the film, it has been muddled with controversies first with the IAF complaining that the film shows the institution in a negative light and then Other lady officers of IAF claiming that the film is peddling lies. Now, Gunjan Saxena has responded to all the claims with a blog. 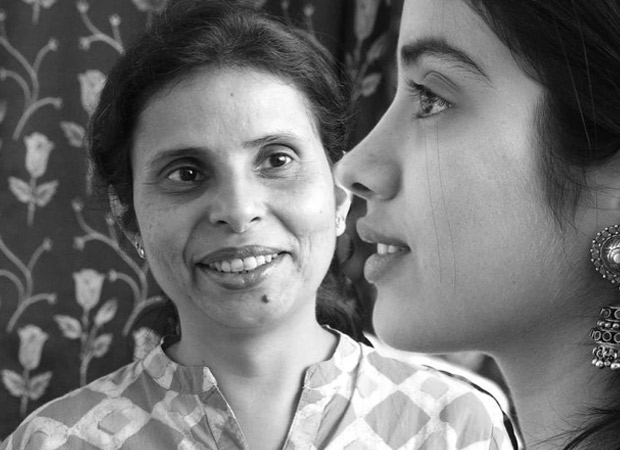 In the blog she wrote on NDTV, she said, “There are times when the strong winds of rumour and utter lies cover your identity in the dust of doubt. Unfortunately, I have been in the eye of this storm in the last few days. Be it on social media or print media, some people have tried to distort the basic founding values of my existence and identity. I think it is time to clear this dust.”

Talking about the film and the real her she said, “Let me inform readers with utmost conviction and honesty that even though cinematic liberties were exercised in my biopic by the filmmakers, what they did not miss or exaggerate was me, the real Gunjan Saxena. I admit without hesitation that I have even more of an iron will and resoluteness than was portrayed in the movie. In my short career of eight years in the Air Force, the most precious commodity I earned was the admiration and respect of my seniors, juniors and peers. It was absolutely disheartening to see a small group of people trying to dent this hard-earned reputation with nonsensical rants. I was lucky and blessed to have so many firsts to my name in my years with the IAF.”

There were claims made that she was not the first lady pilot to fly to Kargil. Responding to those claims she listed some of her firsts and wrote, “To list a few -- first in the order of merit during my basic training and also in helicopter training, the first woman to fly in a combat zone (mentioned in the Limca Book of Records), the first 'BG' (a coveted flying category) among women helicopter pilots and the first woman officer to undergo the jungle and snow survival course.”

“All these "firsts" are documented in the records of the IAF. Those were my credentials, my achievements. That is my hard-earned trophy and I will never let anybody with vested interests point a finger at it,” she wrote.

Calling all the claims in an article of her not being the first woman pilot in the Kargil war ‘absurd propaganda’ she said, “The author, claiming to protect the image of the IAF for whatever vested interests or hidden agenda, is questioning the very authenticity of the Air Force's stand in 1999 after the Kargil war.”

Talking about her presence in the media, she said, “I am a slightly reserved person and do not enjoy the limelight. But it was the IAF that opened the doors to the media on my achievements. I was not comfortable in the media glare then and I am not now, and those who know me will vouch for it. How can anybody deny the obvious fact of me being a pioneering woman officer during the Kargil war?”

Talking about the way gender bias has been portrayed in the film, Gunjan wrote, “When I joined there was no discrimination at the organizational level. But yes, individually, no two people are the same and some individuals adapt to change better than others. Since the bias is not at an organizational level, the experiences of different woman officers would be different. To deny it completely speaks of a feudal mindset and undermines the grit of women Officers. I also combated the difficulties of prejudice and discrimination at the hands of a few individuals for being a woman. But since it was never at the organisational level, I got equal opportunities all the time.”

Responding to a senior journalist pointing out factual inaccuracies, Saxena said, “It is creative license, which is certainly not with me but with the makers of the movie. But the intention of the movie was to inspire people to chase their dreams with hope and positivity, the way I chased mine.”

“The entire storyline was based on the theme of my journey, how my dreams became reality. As I understand, the film was never intended to be a documentary on the Kargil war. The idea was to showcase my life, my journey, my dreams and my little achievements,” she added.

“Whatever little I have attained, both on the personal and professional front, is from the IAF. The rest, I leave to your good judgement and fine wisdom,” she concluded.

Also Read: Sreevidya Rajan says makers of Gunjan Saxena: The Kargil Girl have twisted the facts; says she was the first lady pilot to fly in Kargil