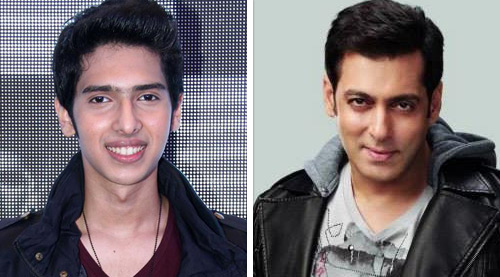 Hailing from a family of musicians, Armaan Malik has dabbled with music for quite some time now and

has even accolades for the same. Having sung in films like Jai Ho and Ungli, now Armaan Malik has crooned

While the version sung by Salman Khan was released recently, Armaan Malik's version of this romantic track will be a part

of the film. Armaan expressed his gratitude towards the superstar for giving him this opportunity. He said, "I'm so

excited to have sung 'Main Hoon Hero Tera'. The first reason is because according to me it is one of Amaal's best

compositions and to have it in my voice is another high altogether. The second reason is that Salman Bhai has also sung a

version of the song which makes me even more ecstatic as he's my mentor. I re-recorded the track with a fresh approach

and Salman bhai loved it! My version of the track is used as the main romantic theme of the entire movie."

Apparently, Amaal and Armaan had composed the song long time ago, and had taken to Salman Khan back then. "Amaal had made

a tune on the title Hero when it was announced that Salman Bhai was producing the movie. Salman bhai loved the

track and he told Amaal to keep it aside for him to use later. For quite a while we were not sure whether the track was

ever going to be used as the title song of Hero. But then suddenly one day Bhai called Amaal and me and told us to

get the track ready immediately as it would be the main track of the movie."

Pancholi and Athiya Shetty. Directed by Nikhil Advani, it is slated to release on September 11.