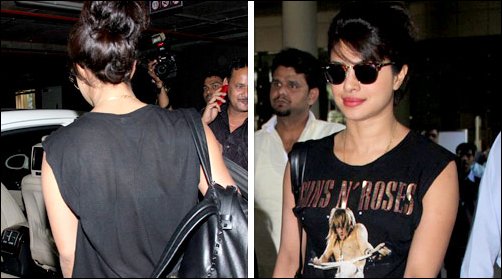 It's the Monday after the Independence weekend, while most of us are returning back after a much needed break its time to jump start the week ahead with the famous mind teaser

on Bollywood Hungama in the form of the Guess Who?

This week we feature an Indian actress who has made it big not just in Bollywood but also on the international circuit. Be it her endearing performances film after film or her stunning voice she

has managed to capture the hearts of the audience. Currently said to be one of the most sought after actress- turned singers in the industry this beauty pageant winner turned actress is gearing up

for her next release later this year.